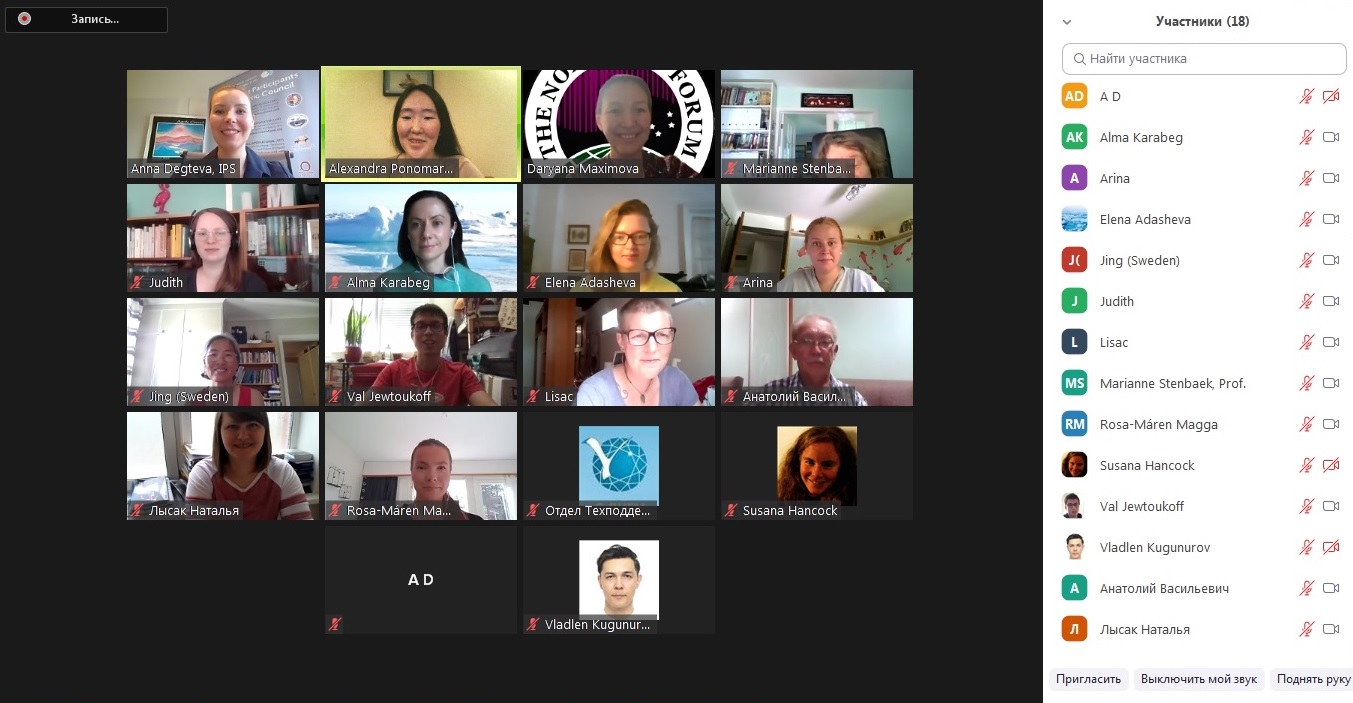 This year, the 3rd Arctic School of the North-Eastern Federal University and the Northern Forum took place online. The school was held from July 27 to August 7, 2020.

This year the school was attended by participants from France, Norway, Germany, Canada, USA, Russia, UK and Sweden.

The lectures were given by the specialists from NEFU and the Northern Forum, experts from the Institute of Permafrost, InvestYakutia Agency, the Ministry for the Development of the Arctic and Peoples' Affairs of the North of the Sakha Republic (Yakutia), the University of Aberdeen (UK), Expert Center "Project Office for the Development of the Arctic" (PORA), Arctic Council Indigenous Peoples Secretariat and others.

The online format of the event made it possible to study about Russian Arctic and Yakutia firsthand. At the end of the program, the participants shared their impressions during the closing ceremony.

Student from Germany Judith Haas said that she was glad that the organizers were able to host the school online, otherwise she would not have been able to participate. “It was really great, I learned a lot more than I anticipated, even more diverse topics, I really enjoyed it. If there’d be a similar online program again at NEFU with different topics I would enroll again,” said Judith.

According to Anton Dugan, Canada, the Arctic Summer School gives something that is hard to find from other academic sources. “It was great to learn about Yakutia from local scholars and officials,” Anton said and added that he would be happy to come if the school will be organized in person.