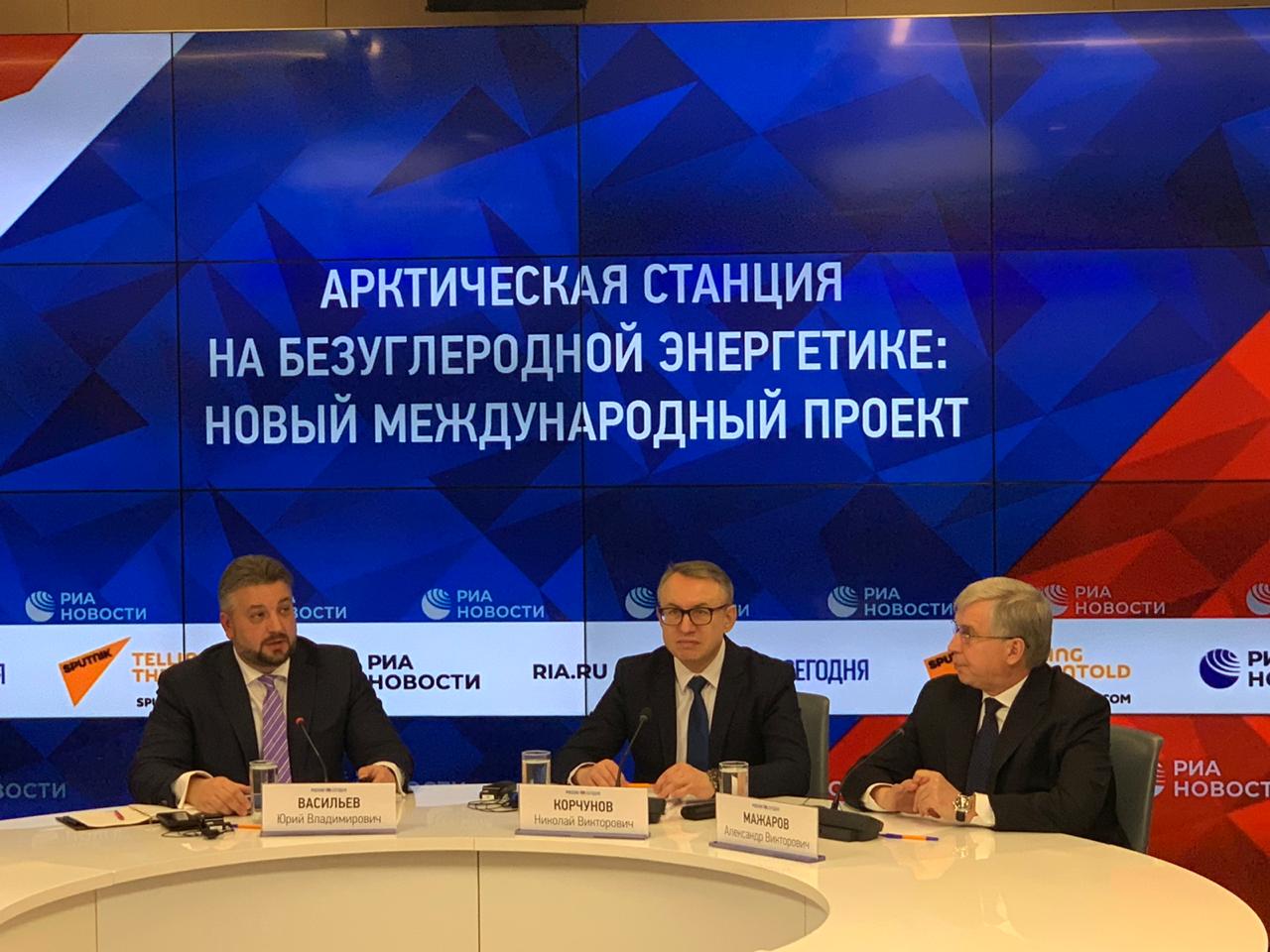 On January 20, at 11: 00, The International multimedia press center of INA "Russia today" held a press conference on the topic: "Arctic station on carbon-free energy: a new international project". Representative of the Northern Forum Ekaterina Timofeeva was invited as an observer.

The project was prepared by the Ministry of the Russian Federation for the development of the Far East and the Arctic, the Moscow Institute of physics and technology, and the government of the Yamal-Nenets Autonomous district.

The project of a carb-free station "Snejinka" will be built on the land of Nadejda and will open its doors for the first time in 2022. The station will be powered by hydrogen energy and will be an example of sustainable science ensuring sustainable development in the Arctic and around the world. The station claims to be a unique platform where clean technologies will be introduced to generate energy in the form of heat and electricity to meet the needs of the station. In recent years, the concept of harmonization of high technologies and natural conditions is more relevant than ever, since the energy supply of remote localities, one of the issues that requires fundamentally new solutions. The task of the station is to abandon diesel fuel in favor of alternative energy sources. The initiators of the project note that the station will become a place for holding large international events, for cooperation of young scientists and schoolchildren.

If successful, the project will be replicated to other remote localities in the Arctic zone of the Russian Federation.