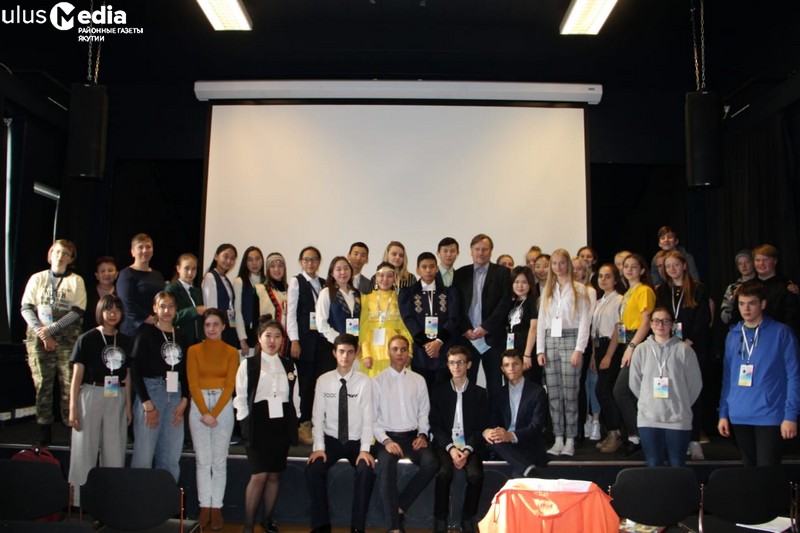 The questions on ecological conservation gained the most attention within the work of the forum.

Yakutia was represented at the forum by several participants including: the student of the 9th grade of the Borulakh School - Nastya Sleptsova who spoke on the issue of “Great spotted woodpecker in Verkhoyanie, in the North of Yakutia, Russia” (scientific advisors: S.N. Sedalishcheva, M.E. Novogorodova, Researcher, SB RAS S.M. Sleptsov). And - Ilana Nikitina, a student of the 11th grade of the School of the Eveno-Bytantaysky District, with the theme “The Role of Chosonian Groves in Maintaining the Ecological Cleanliness of the Arctic. (Scientific advisor M.K. Ivanov). 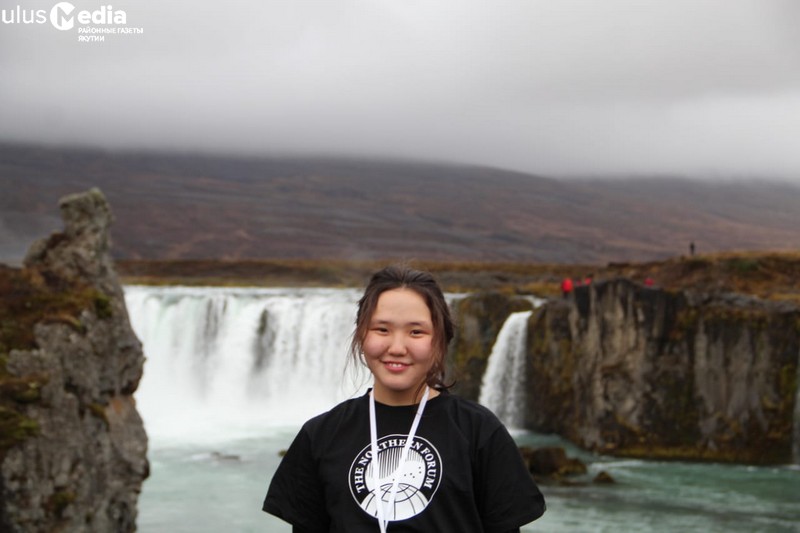 “In total, the Yakut delegation counted 15 pupils. There were guys from Yakutsk, as well as Khangalsky, Gorny, Namsky, Suntarsky, Eveno-Bytantaysky and Ust-Yansky districts of Yakutia.

On the first day of the forum, all participants of the delegations were honored. In the evening, the "Evening of Friendship of Peoples" was held. On the second day, the main event of the forum was held – all participants discussed the problems of ecology. Each of us made presentations regarding significant environmental problems in our regions. Since the forum was international, they spoke mostly in English.

Girls from Japan raised a very interesting topic: they said that they had created technology for the collection of large amounts of garbage. This is understandable - after all, Japan is in the middle of the water, so for them this question turned out to be very acute.

The forum was also attended by the mayor of Akureyri. At a meeting with her, we discussed the similarities and differences of our regions and exchanged our experience in the framework of the ecology.

And on the last day, we were given a tour of the sights of Iceland. This country is surrounded by mountains, geysers and volcanoes. I think that the nature of Iceland is very similar to ours, in Verkhoyansk.

Most of all I liked the road to Akureyri. To get there, we flew through Finland, Austria and Poland. We have seen many different countries. This is how our three-day ecological forum ended remarkably.

I express my gratitude to my supervisors S.N. Sedalischeva, M.E. Novgorodova, and employee of the Institute of Biological Problems of Cryolithozone SB RAS, S.M. Sleptsov. And also to M.V. Vladimertsova for translating my scientific report into English, and to my tutor of the English language A.N. Borisova. And of course, to our group guide, a teacher from the Gorny Region”.

Pupil of the 11th grade of the Sakkyry School, Eveno-Bytantaysky district, Ilana Nikitina: 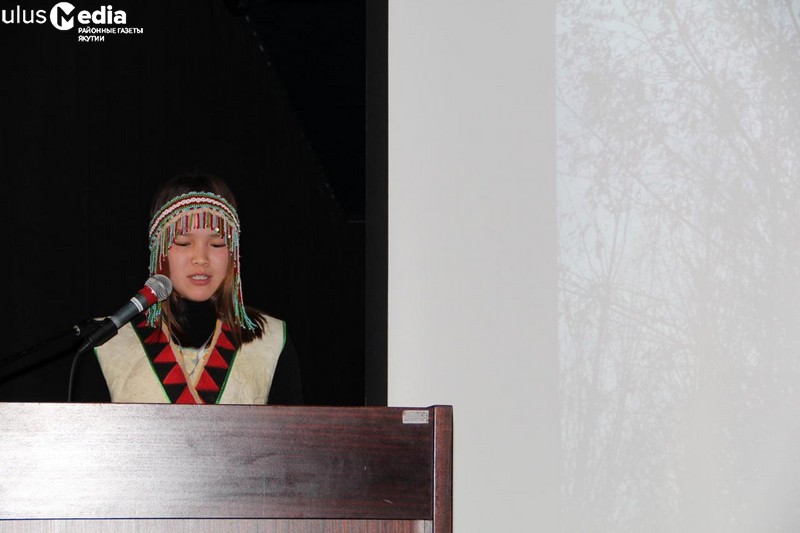 “Since Iceland is an island state, it is covered by blue seas and mountains. There are a lot of rams and horses. I really liked this place: people live between the mountain ranges, there are not so many of them - they all turned out to be very joyful and welcoming. And on such a positive note, our ecological forum began. We had various lectures on ecology. We had lunch at Akureyri Middle School. I noticed how different this school is from ours - for us everything in it was new.

Everyone defended their reports very well. I still remember the excitement with which we spoke. We all had reports on various topics, but the work of foreign delegates was significantly different from ours. They were devoted to more global environmental issues.

For example, I really liked the reports of girls from Japan - they were very capacious and ambiguous.

The forum was called “The Voices of Northern Regions’ Youth for the Conservation of Arctic Water Resources”, and, since my work just suited the theme of the forum, I decided to participate. The work, by the way, is called “The Role of Chosenia Groves in Maintaining Ecological Purity”. Chosenia purifies the water, and it grows on pebbles along the banks of mountain rivers. A lot of work is underway on biological and chemical water treatment: in the Yamal-Nenets Autonomous Okrug, as it turned out, they are already doing this. I think that in our republic, schoolchildren should also show interest in this topic.

After the forum, we decided to walk around the city of Akureyri. Then, we went on a long trip to Reykjavik Airport (8h drive). After, flew to Warsaw, and then to Riga. And, in the end, returned home to Yakutia. So, our trip was very long. I am very pleased to realize that during these days I managed to visit three different countries.

In general, I liked Iceland, only here the prices are 3 times more expensive than ours. But still, this time was unforgettable.

Taking this opportunity, I want to thank the Center for the Development of Children, especially E.K. Ushnitskaya, the head of the Tyugasirsky Nasleg M.I. Ammosova, and all those who helped me”.