The All-Russian School of Young Leaders of Indigenous Peoples of the North starts its work in St. Petersburg, Russia 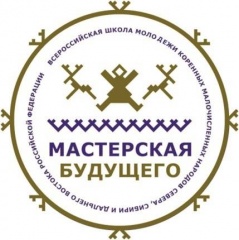 From December 3 to 8, 2019, the All-Russian School of Young Leaders of Indigenous Peoples of the North, Siberia and Far East “Workshop of the Future - 2019” will be held in St. Petersburg.

The school is supported by the St. Petersburg Committee for Arctic Affairs. The program will bring together the youth representatives of indigenous peoples of the North, Siberia and Far East of Russian Federation, as well as public and politicians, youth activists, professional trainers and teachers.

General sponsor of the event is Irkutsk Oil Company.

The young leader’s school “Workshop of the Future - 2019” is a complex of unique trainings and the biggest gathering of the brightest representatives of the youth of the indigenous peoples of the North, Siberia and Far East of the Russian Federation. Sociability, oratory, partnership skills, ability to work effectively in a team, achieving goals - all these are necessary components for a modern person and all this can be learned at the School “Workshop of the Future - 2019”.

In 2019, the School for the young leaders is dedicated to the International Year of Indigenous Languages ​​of the World. During the selection of participants, preference was given to representatives of creative youth, teachers of the native language and cultural studies, young scientists and researchers, masters of DPI and participants in national traditional activities, young writers and artists. To all who preserve and popularize traditional culture, the native languages of their people in the modern world.

The opening ceremony will take place on December 4, 2019 in the territory of Smolny, beginning at 11.00.

Information Center of Russian Association of Indigenous Peoples of the North, Siberia and Far East