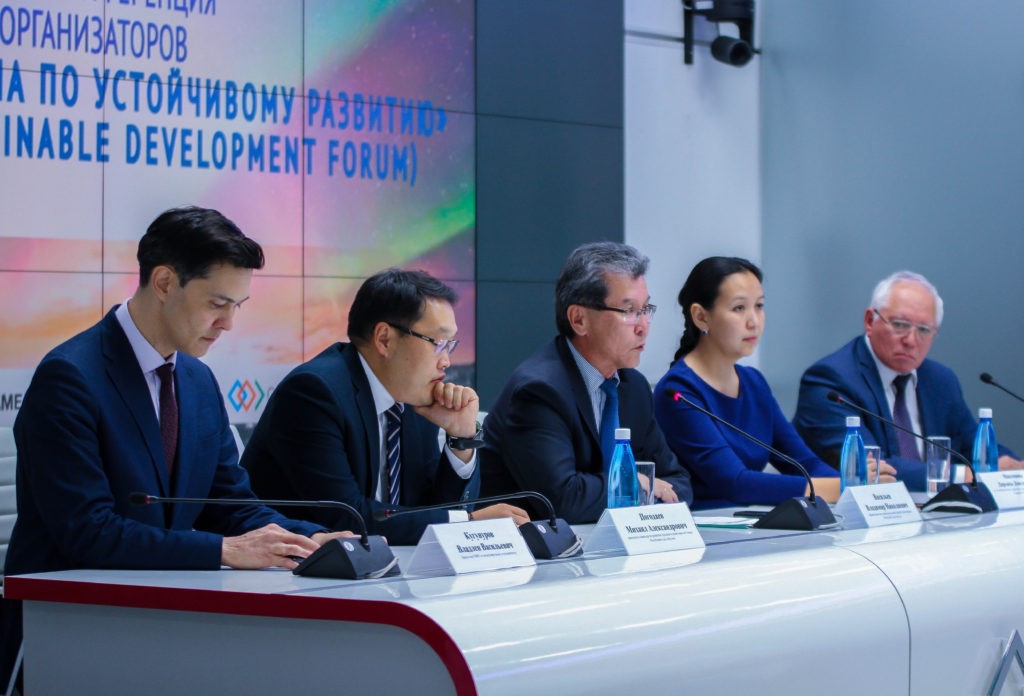 More than a hundred experts, among whom fifty are foreign, will exchange experiences and ideas with the participants of the Northern Sustainable Development Forum. Within five days, an intense educational program awaits delegates: master classes, lectures, round tables. The organizers of the event held a press conference in the republican media center.

“The idea of this discussion platform was born last year, when we talked about the possibility of organizing meetings of the Northern Forum working groups. Yakutia leads four of them – groups on climate change, the environment, human resources and education, and science in the Arctic. We expanded the format and tried to invite the maximum number of experts from the Arctic and Asian countries”, said Vladimir Vasilyev, First Deputy Minister for External Relations and Ethnic Affairs of the Republic of Sakha (Yakutia).

More than a hundred experts from different countries will take part in NSDF, meanwhile more than 200 experts from various fields will represent Yakutia. The main result of the forum should be the launch of international projects for the development of the Arctic.

“The Northern Forum focuses on inter-regional and international cooperation on the development of the North and the Arctic. Initially, we announced that eight sub-polar countries, which are members of the Arctic Council international organization, as well as three Asian countries, will take part in it. Among them there are such countries like China, Japan, Korea, as well as the USA, Canada, Finland, Norway, Iceland, Denmark, Sweden. We tried to ensure the greatest representation of the states, so a considerable number of world experts comes to us. There will be 117 guests, more than fifty of them are from foreign countries,”said Dariana Maksimova, Acting Executive Director of The Northern Forum international organization.

As part of the business program, numerous round tables, master classes, lectures and project presentations will be held.

“The Northern Forum is a large platform, thus it will include a number of venues.  We provide conditions for communication between people at the inter-regional and international levels. Any conference is a way to attract specialists who can share their experience, talk about their achievements and projects. Many famous people with an extensive knowledge base and a large number of interesting ideas will gather together during the Forum,” said Alexander Kugaevsky, Deputy Rector of NEFU for Analytical Activities.

Deputy Minister for Arctic development and Northern peoples Affairs Mikhail Pogodaev drew attention to the fact that courses on fishing and reindeer husbandry have begun. It is worth to mention that traditional economic activities that need to be preserved and developed with the help of modern technologies should remain the economic basis for the indigenous small-numbered people of the North.

"We invited representatives of the University of the Arctic and the Northern University of Norway to conduct educational courses, they have a business school, which occupies a leading position in the European ranking. There are world-class experts in the development of entrepreneurship and innovation. They will teach our specialists how to conduct business more efficiently. At the end of the lectures, students will receive appropriate certificates", summed Pogodaev.