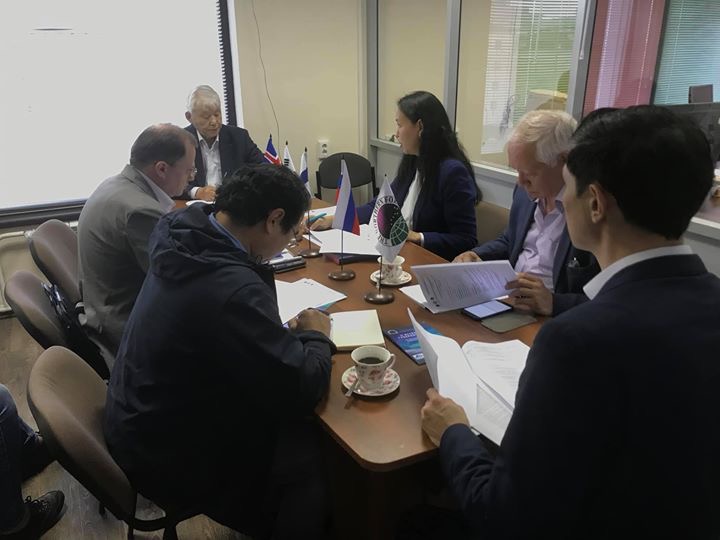 On August, 19th 2019, Mikhail Efimovich Nikolaev - 1st President of the Republic of Sakha (Yakutia) from 1991 to 2002 and one of the founding fathers of Northern Forum (NF) visited the NF Secretariat to discuss the strategy of the development of international organization and the held of “The Northern Sustainable Development Forum” which will be launched in Yakutsk, September 24 -28, 2019.

In 1991, the government executives of Yakutia and Mikhail Nikolaev received a proposal for cooperation with Northern Forum from the Governor of Alaska (USA), Walter Hickel. Yakutia became a member of the organization in September 1993 and took chairmanship in 1997-2001. In September 1994, the Academy of Northern Forum (ANF) has been established in Rovaniemi (Finland) on the NF meeting of Governors. The project of ANF was actively promoted by M. Nikolaev.

Mikhail Efimovich Nikolaev wishes for the Secretariat of Northern Forum a fruitful work, and hopes for further development of the successful projects for the benefit of Northern regions and the Arctic! 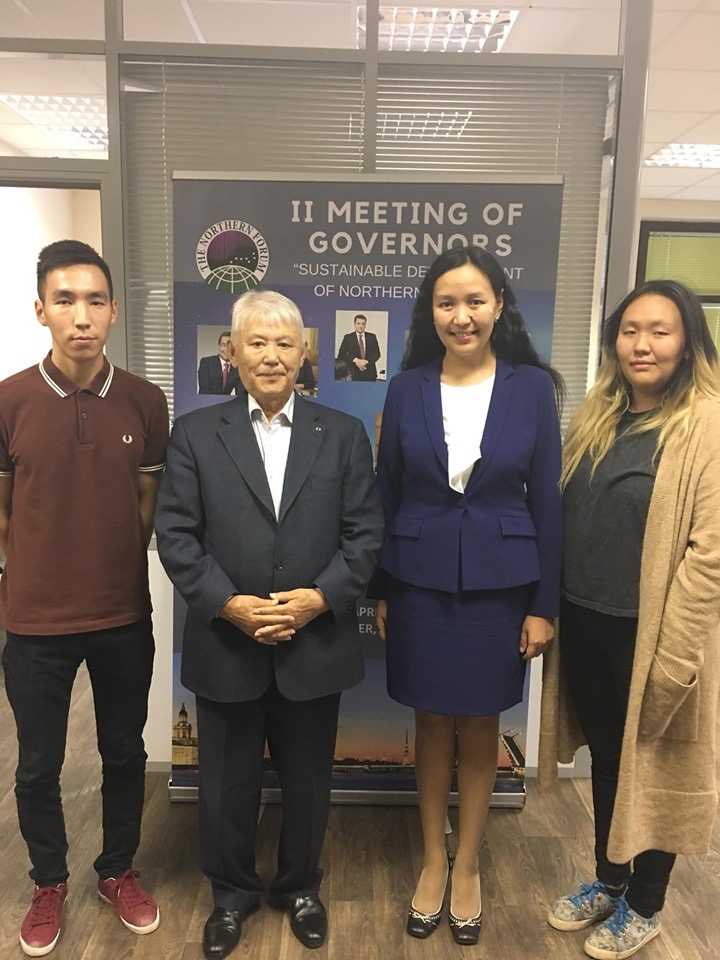 The Northern Sustainable Development Forum will be launched in the city of Yakutsk, September 24 -28, 2019. From this year on, the forum is an annual event and is aspiring to become one of the main collaborative grounds for solving and discussing challenges and possible perspectives of sustainability in the North/the Arctic regions. It is believed that it is going to serve as a fertile ground for the project-implementation networking groups of the participants from the regions of the global North and the North-Eastern Asian countries which are interested in the Arctic issues.

Needless to say, that the Northeast of the Arctic region undergoes the evident climatic change, which requires an interdisciplinary approach and conducting of research under the leadership of the internationally regarded group of experts. Furthermore, it is compulsory as of now to consider the participation of a sizeable region like Yakutia in programs on sustainable development for the North and the Arctic regions within a global context, regarding the fact that the largest formation of permafrost is located in the Republic of Sakha (Yakutia). The slightest signs of the climate change in Yakutia resonate in the other places of the world.

Additionally, the necessity for founding and locating “The Northern Forum” in Yakutia, has to do directly with the increased interest of the Asian Countries’ Alliance to participate in the projects involving the development of the Arctic region. In return, the countries of the Arctic hemisphere are interested in active participation of Asian investors, researchers, and project-developers in the variety of projects, such as the development of naval northern infrastructure and preservation of biodiversity in the Arctic. Yakutia is located in between the two expanses: the Arctic and Asia, and can serve as a bridge for the two zones. In connection to this possibility, and also following up with the Agenda on Sustainable Development- 2030 released by the General Assembly of the UN 17, “The Northern Forum”, the North-Eastern Federal University after M.K Ammosov, and the Government of Republic Sakha (Yakutia) came forward with an initiative of creating, on a permanent basis, a collaborative venue “The Northern Sustainable Development Forum”.

The forum will be held within the following formats of events: conferences, plenary discussions, projects- presentations, lectures