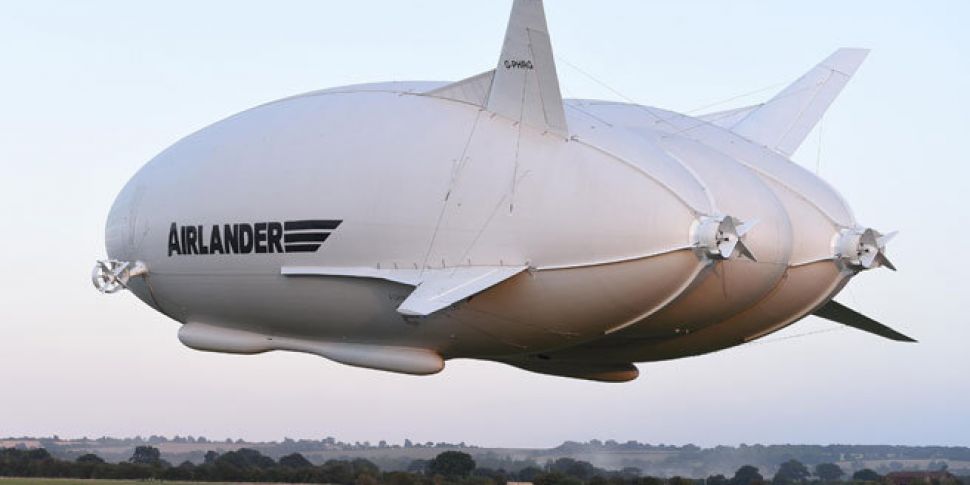 Airlander 10 is a clear indication that the airships, which were to become the main form of air transport after the Second World War, are returning to favorites and will soon become a popular form of luxury travel.

Hybrid Air Vehicles, a UK-based company, has conducted air tests of its Airlander 10 in recent years. It is currently the largest flying airplane in the world. Its length is up to 91 meters (Airbus A380 is 73 meters).

The British believe that the successor to the Airlander 10 will revolutionize aviation. The car should offer unusually luxurious travel, as it was on the occasion of the famous German airship called Hindenburg. However, unlike him, they should be completely safe.

A few months ago DesignQ, the startup responsible for the design and layout of the airship’s cabin, introduced the latest visualizations. Admittedly, the cockpit is full of luxury, and 19 car passengers will be able to delightfully and inaccessibly admire the surface of the Earth elsewhere.

Now, the Swedish company OpenSky has launched the first booking of tickets for the first flight on this unusual machine. Traveling through the sky will last 30 hours, during which Airlander X, together with passengers, will fly out of one of the Norwegian cities, fly over the polar regions and eventually land at the North Pole. Passengers will be able to leave the airship on the sea ice cover.

The machine will be filled with helium, and four 8-cylinder engines with a capacity of 4 liters and a power of 325 hp will be responsible for the drive. Airlander X will be able to accelerate to 150 km / h and keep it in the air for up to 3 days. Hybrid Air Vehicles plans to build a fleet of such airships and begin commercial flights in 2 years.

In addition to the British, one of the co-founders of Google, Sergey Brin, is also very interested in airships. The car is being built in hangar number 2 at the NASA research center in Ames. Planetary Ventures, a subsidiary of Alphabet, controls the facility.