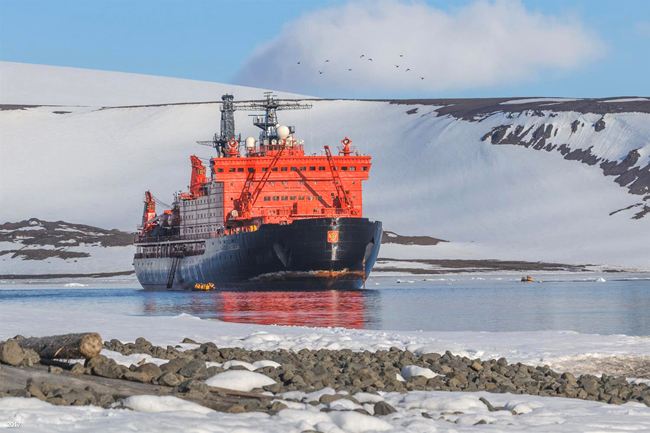 The experts of the PORA will be part of the working groups in various areas of development of the Russian Arctic zone. In particular, they plan to participate in projects of companies and regional authorities, to support public initiatives and research. The project office will also collect proposals from the public and the expert communities on the development of the Arctic.

"[Strategy] should be created together with regions, municipalities, civil society, a wide range of experts. We agreed with the Project Office for the Development of the Arctic to launch a broad and open discussion of the proposals into a new strategy, including on the Internet," says Alexander Krutikov, the deputy on of the Ministry for the Development of the Russian Far East and the Arctic.

According to Boris Tarasov, General Director of the PORA, a digital portal in the Internet will soon be launched to develop a future strategy for the Russian Arctic until 2035. "We will check the proposals from the public and experts for viability in the field. And we will hold meetings of our discussion club in the Arctic regions," emphasized Boris Tarasov.

Earlier, Russian President Vladimir Putin announced plans to adopt a new development strategy for the Russian Arctic until 2035 till the end of this year. According to him, the document should combine the activities of national projects and government programs, investment plans of infrastructure companies, programs for the development of Arctic regions and cities.

The PORA will participate as one of the co-organizers of the Northern Sustainable Development Forum (NSDF) which will be held this year in Yakutsk on September, 24-28. The NSDF is a new project-oriented international Forum in which Yakutia would be branding as a region of the Arctic and Asia both. The PORA announced to hold on the NSDF fields the discussion club on the subject of the future strategy of the Russian Arctic until 2035. The NSDF will be held under the auspices of the Northern Forum, the Government of the Republic of Sakha (Yakutia) and the North-Eastern Federal University.