Registration is now open for the 7th Assembly of the Arctic Circle, the largest annual international gathering on the Arctic held on October 10-13, 2019 in Reykjavík, Iceland . Please follow this link to register.

The Arctic Circle is an open, democratic forum where anyone can ask a world leader a question during Plenary Sessions, bring innovative ideas to interactive workshops, or organize Sessions in their own name: the platform is yours.

The Arctic Circle is attended by over 2000 participants from more than 60 countries: heads of state and governments, ministers, members of parliament, officials, experts, scientists, entrepreneurs, business leaders, indigenous representatives, environmentalists, students, activists, and others from the growing international community interested in the future of the Arctic. Will you be one of them?

The Secretariat has received over 180 proposals for Sessions at the 2019 Assembly, a record high. Program news will be announced throughout the summer: to keep up with the most recent news, follow the Arctic Circle on Twitter and facebook. 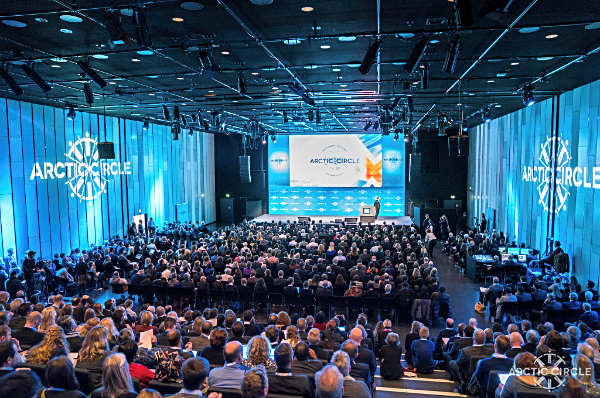