We invite you to take part in the All-Russian conference with international participation "The indigenous small-numbered peoples of Russia: challenges, priorities and development prospects in changing society" held on September 25,2019.

The conference is carried out as a part of the Northern Forum events and is dedicated to the 100th anniversary of Feodosiy Donskoy. Feodosiy Donskoy was an academician of the Northern Forum Academy, Honored Veteran of the Siberian Branch of the Russian Academy of Sciences, a well-known scholar of the North , journalist, social and political figure, participant of the Great Patriotic War, holder of the Orders of Friendship of Peoples and World War, honored worker the Sakha Republic (Yakutia) national economy, Honoured citizen of the Sakha Republic (Yakutia) , Nyurbinsky and Eveno-Bytantaisky ulus.

The conference focus areas are:

Form of the conference: plenary and breakout sessions (including poster presentations), discussions, round tables.

The working language of the conference is Russian. 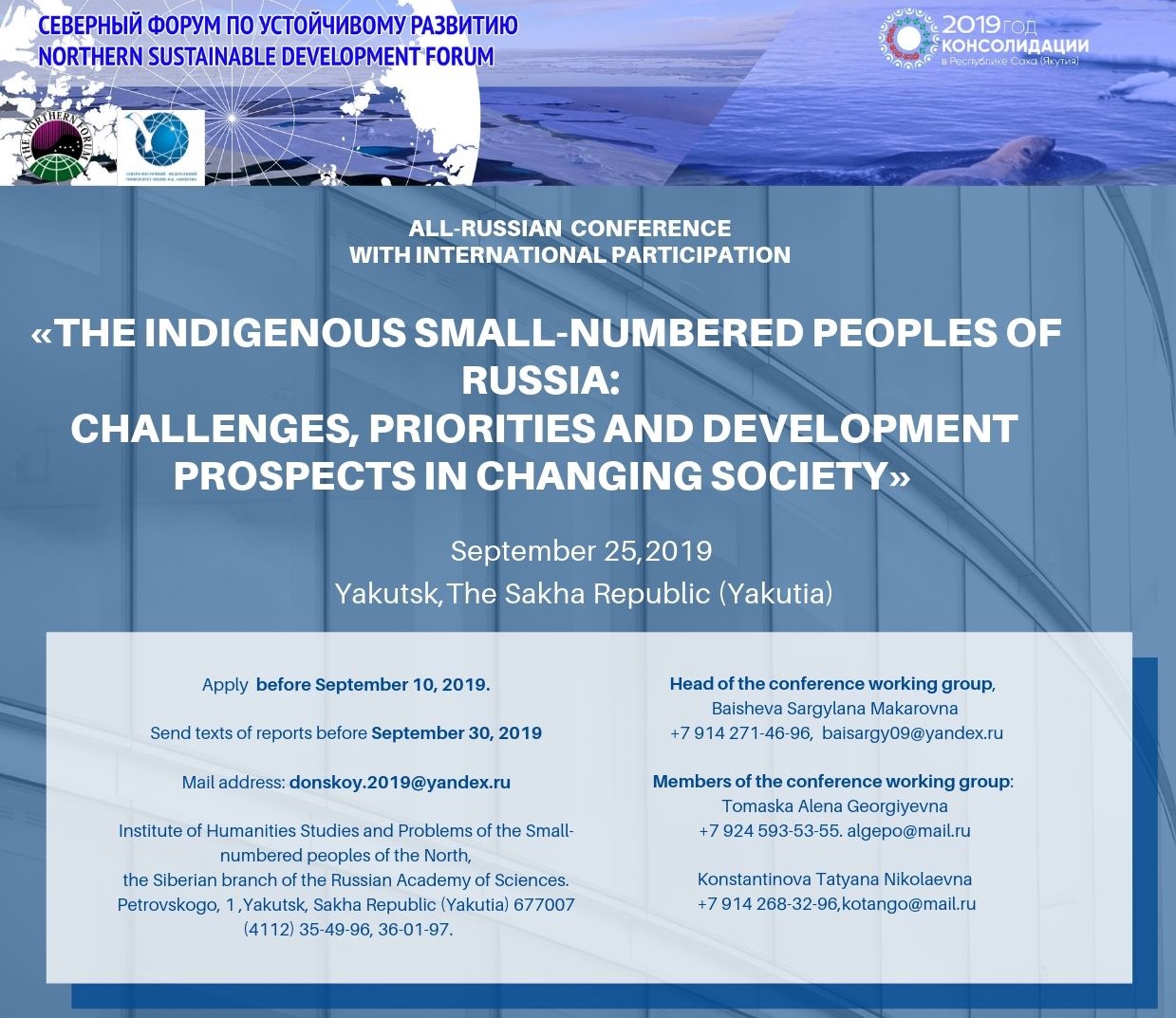