Northern Forum at the VIII International Forum "Arctic: Today and the Future" 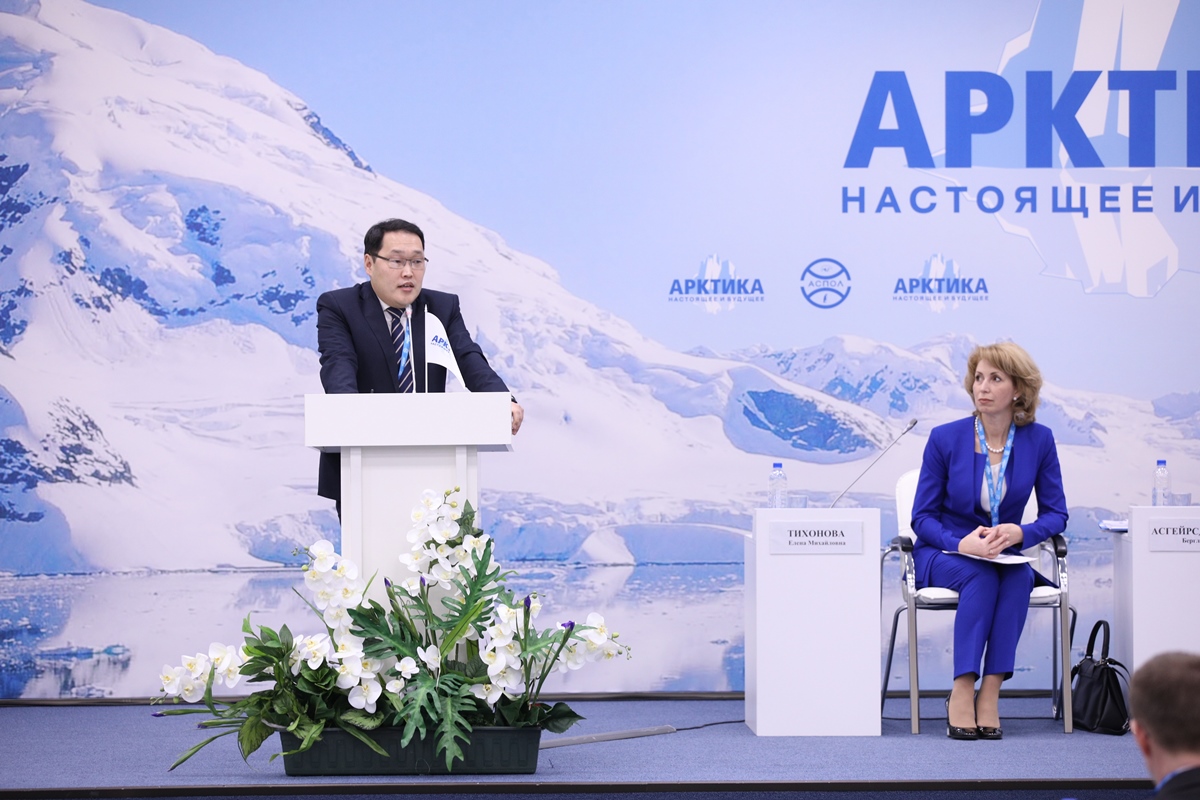 On December 5-7, 2018 the VIII International Forum "Arctic: Today and the Future" was held in St. Petersburg under the auspices of Interregional Public Organization "Association of Polar Explorers". Northern Forum’s Executive Director Mikhail Pogodaev moderated a panel session “Searching for Stability: International Cooperation in the Arctic” and presented a report titled “Role of International Interregional Cooperation in Ensuring the Sustainable Development of the Arctic: Experience of the Northern Forum”.

Issues discussed at the panel session: 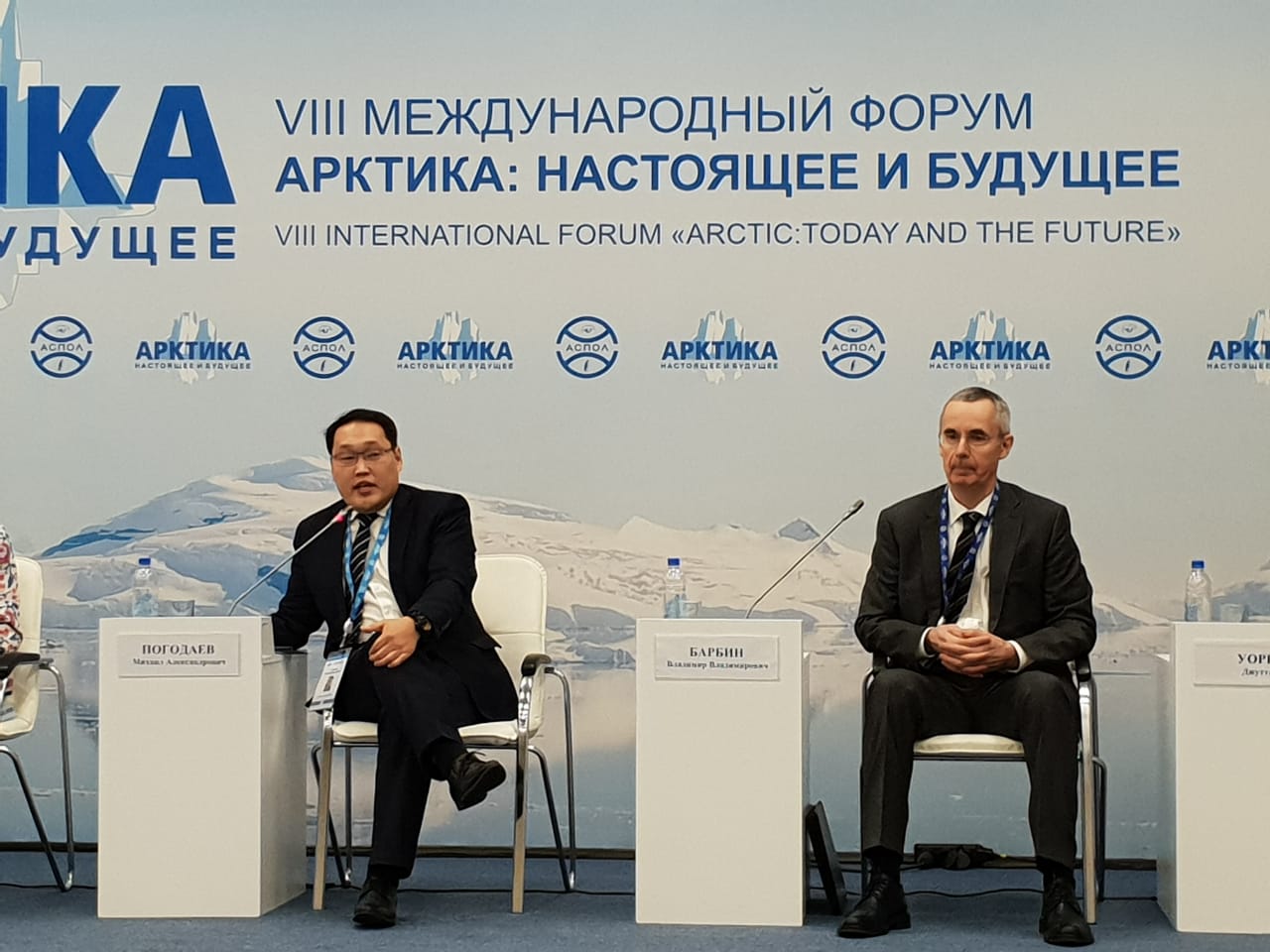 Issues for discussion during panel session: 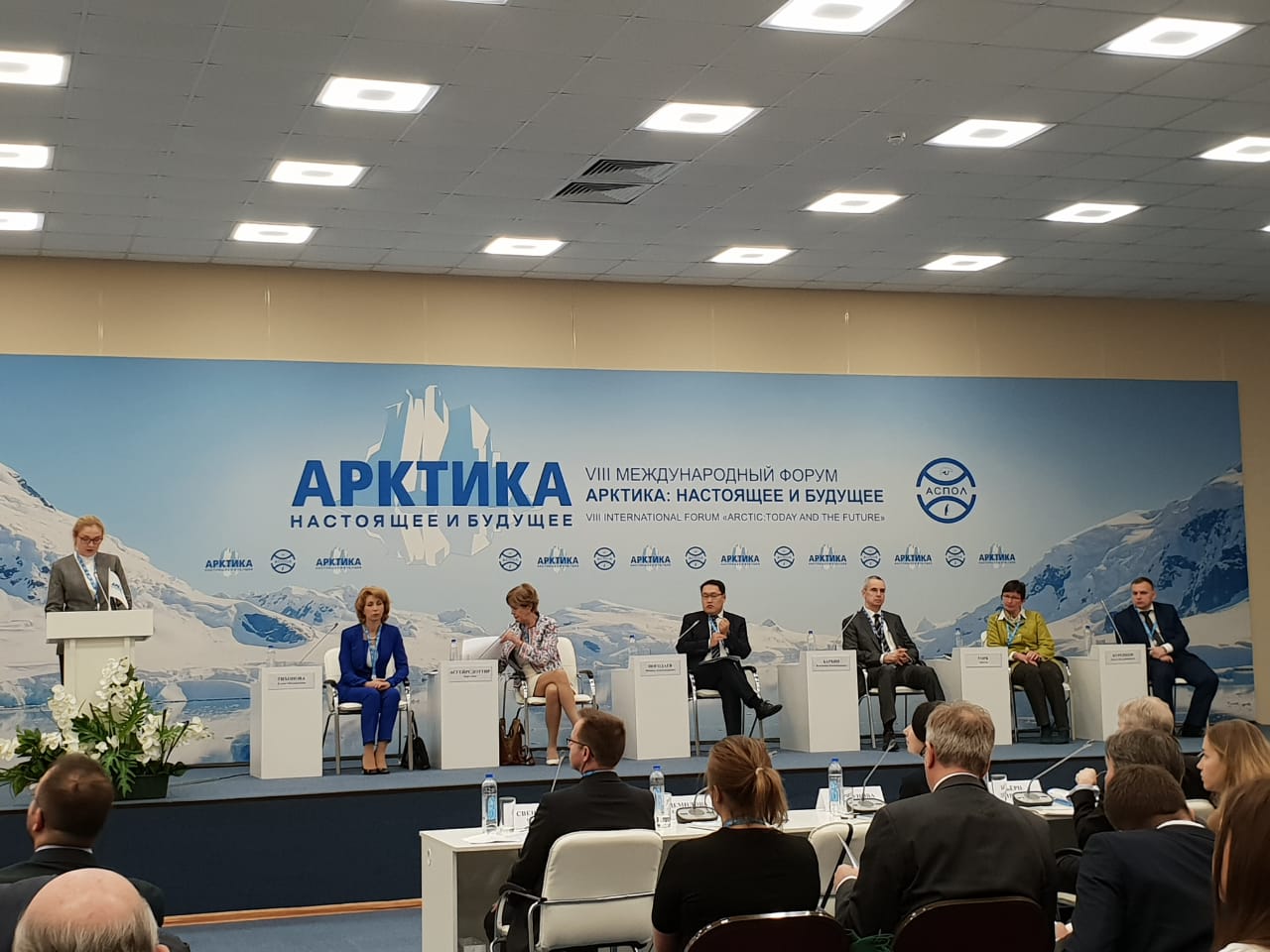 In his reports, the Executive Director discloses a mission and a concept of the Northern Forum, which is the largest platform of international interregional cooperation for all regions and stakeholders. It is worth noting that a list of permanent observers of the Arctic Council, the most authoritative organization in the Arctic, includes not only northern countries, but also India, Singapore, China, Japan, and the Republic of Korea.

The Arctic is globally important, and there are many reasons why: huge mineral reserves, transport corridors and climatic changes in the Arctic etc. The challenges facing the state in the development of the Arctic zone require the consolidation of efforts of all regions and countries. 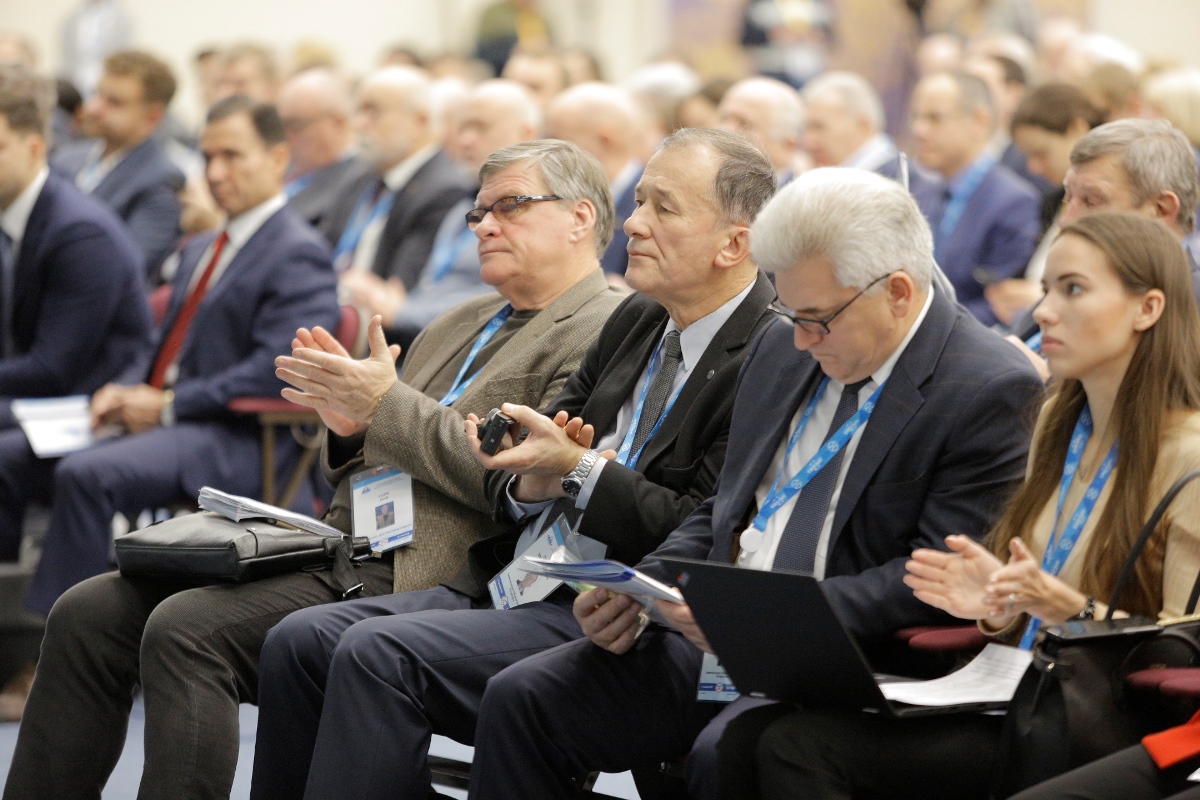 The International Forum "Arctic: Today and the Future" is organized by the "Association of Polar Explorers". The President of the Association is a deputy of the State Duma of the Federal Assembly of the Russian Federation, Special Representative of the President for International Cooperation in the Arctic and Antarctic Arthur Nikolayevich Chilingarov. 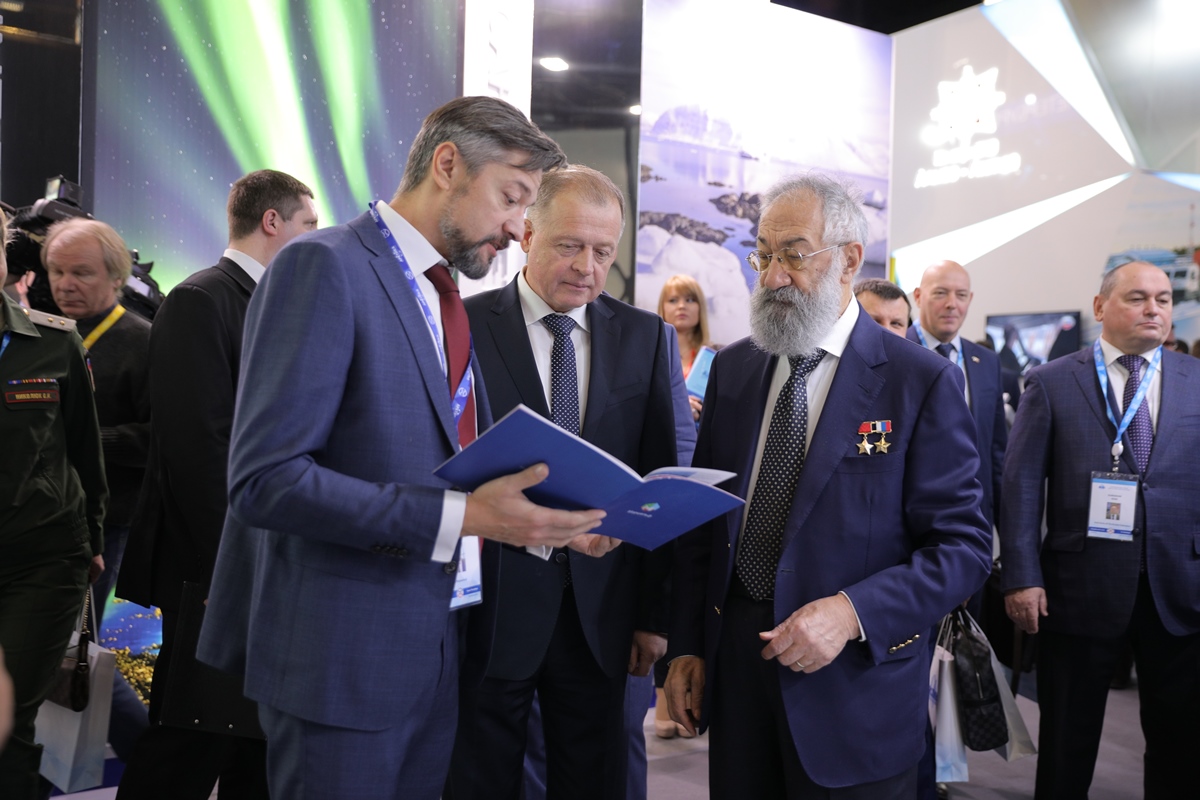 The forum has established itself as an authoritative discussion platform, which contributes to solving current issues of Arctic development through dialogue with civil society.

The public role of the forum was recognized for the all-Russian agenda, and for the development of international cooperation

Extensive discussion on the platform takes place during 8 parallel discussions in various working formats. such as plenary sessions, working sessions, round tables.

More than 2000 people annually take part in the forum, among them are representatives of 40 Russian regions and 20 foreign countries. In 2018 more than 350 speakers will present their proposals at the Forum.

The annual results of the Arctic agenda will be summed up at the end of the forum and a public resolution for 2018 will be issued in March next year. The collection of proposals for inclusion in the Resolution began in June.

You can make proposals to the Final Resolution here (form is in Russian, but Northern Forum Secretariat is ready to help you with translation and making proposals): http://www.forumarctic.com/conf2018/resolution/resolution-add/ 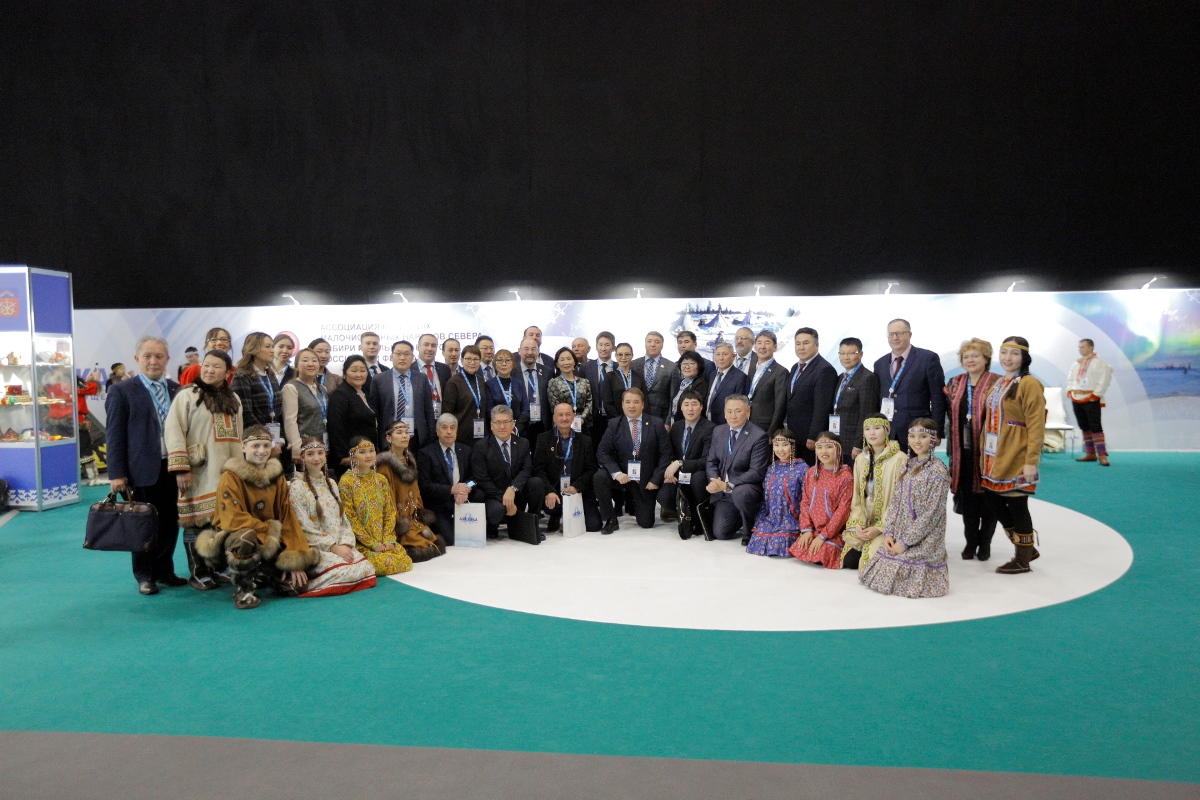