The first official day of the Youth Eco-Forum – 2018

On the first official day of the work of “YEF-2018” on October 7, the participants - the youth of the northern regions spent in an interesting busy schedule. On October 6, the guys devoted rest and first meeting with Rovaniemi.

In the morning, the Forum worked at the University of Lapland. The participants were faced with the task of preparing team presentations, pilot presentations on the topic of biodiversity conservation in the North and in the Arctic, and the preparation of the Declaration “YEF-2018”. 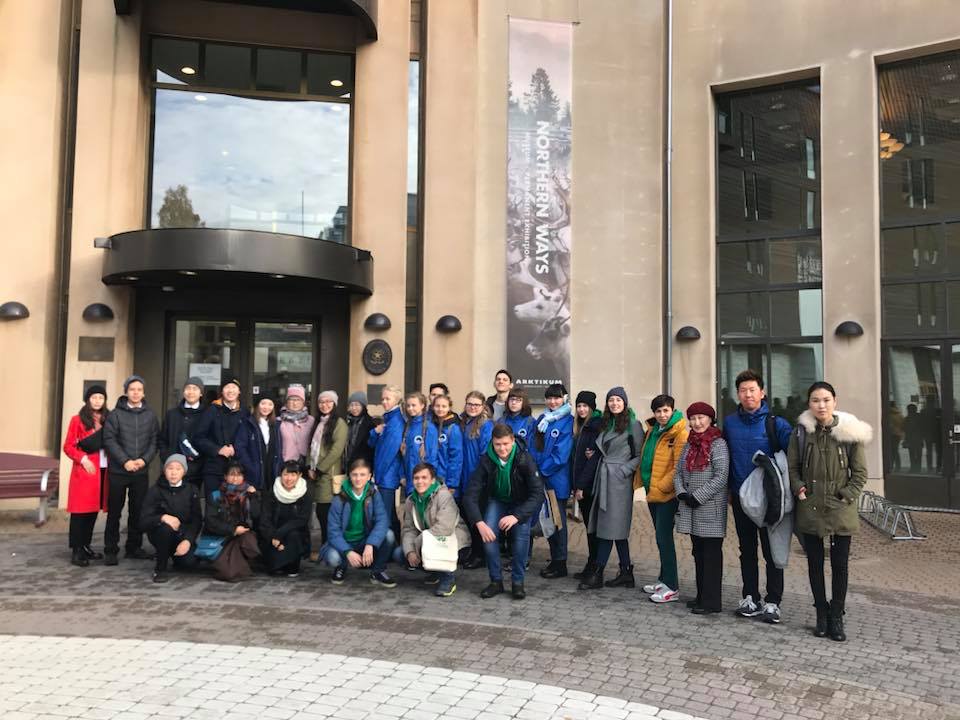 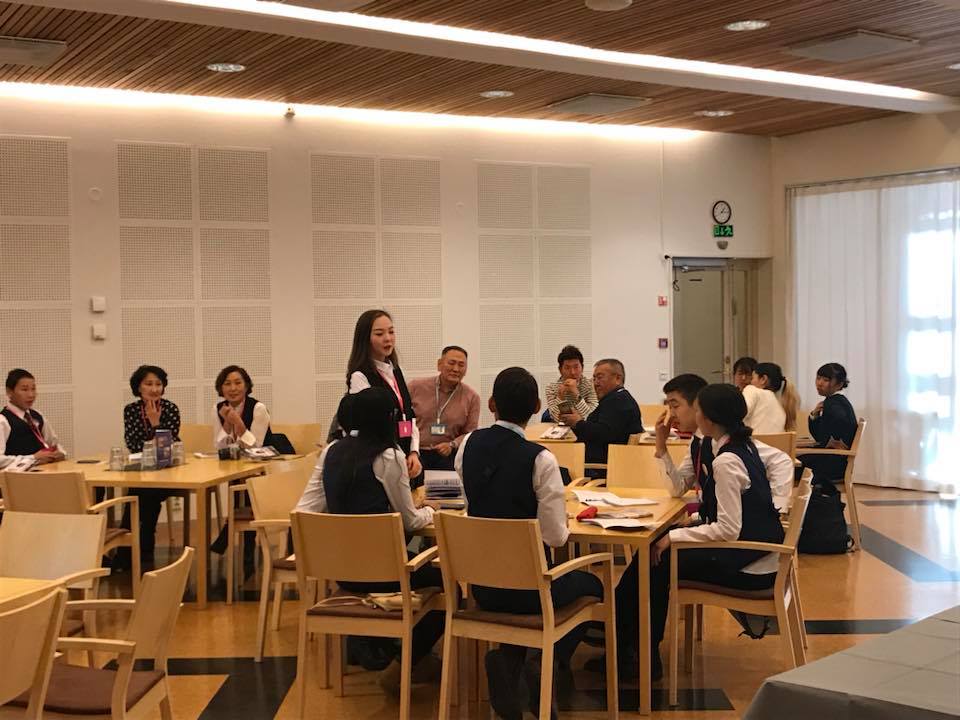 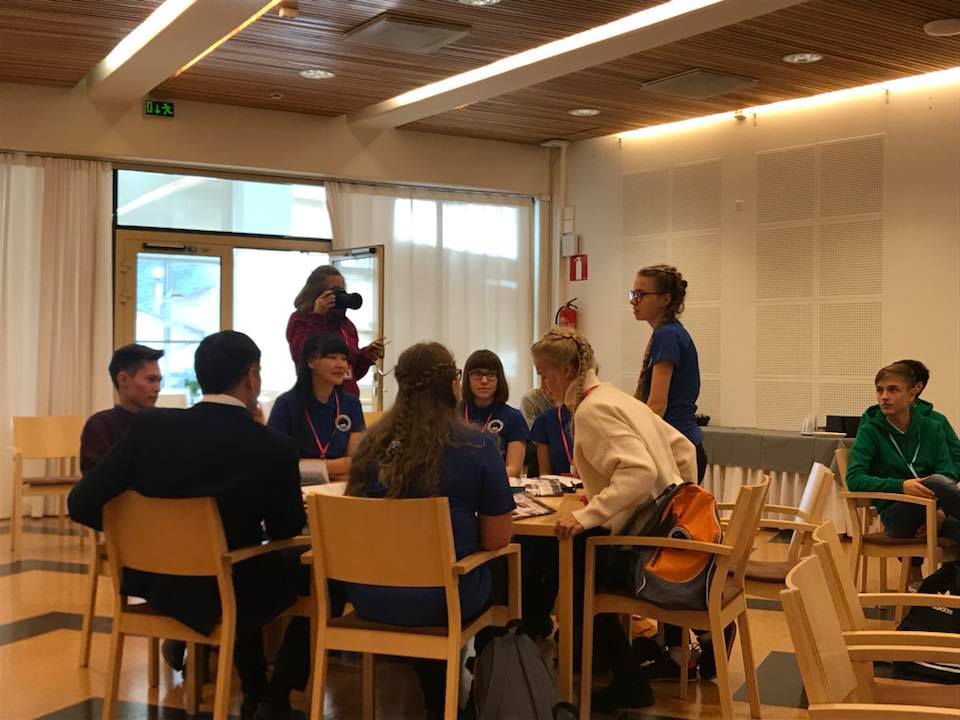 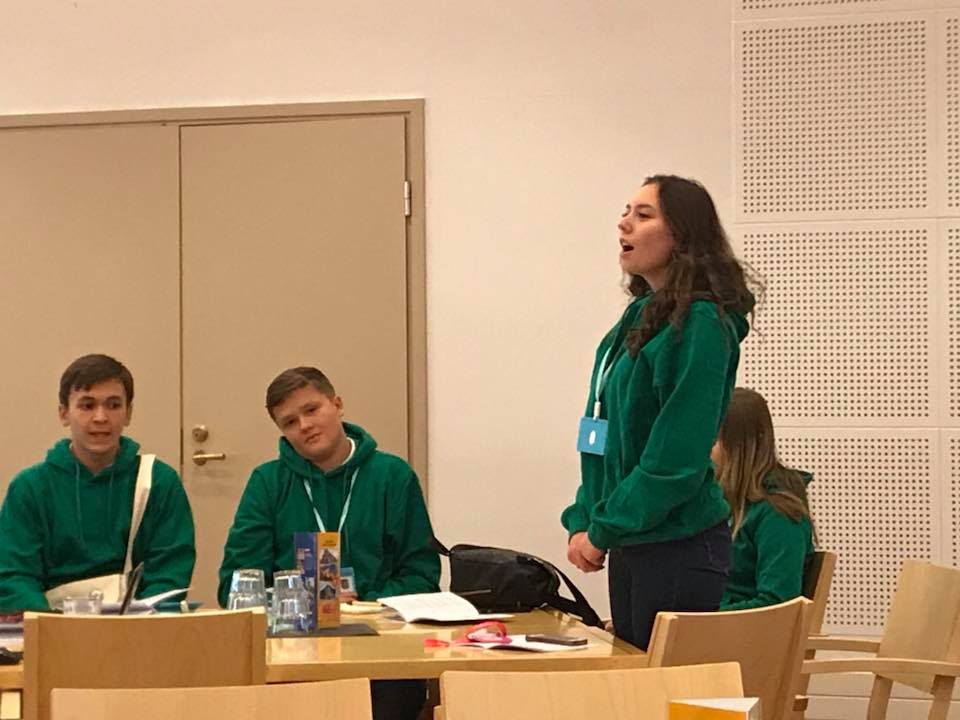 The participants were assisted by experts - State Duma deputy from the Yamalo-Nenets Autonomous District Vladimir Pushkarev, Minister of Ecology, Nature Management and Forestry of the Sakha Republic (Yakutia) Sakhamin Afanasyev, Executive director of the Northern Forum Mikhail Pogodaev, Head of the Service for Control and Supervision of Environment, Wildlife and Forest Relations of the Khanty -Mansiy Autonomous Okrug - Ugra Sergey Pikunov, Head of the State Budgetary Institution “Directorate of Biological Resources and Specially Protected Natural Territories” of the Ministry of Ecology, Nature Management and Forestry Yakov Sivtsev, First Deputy Director of the Department of Subsoil Use and Natural Resources of the Khanty-Mansiysk Autonomous Okrug - Ugra Yevgeny Platonov, Head of the Department of Forming Ecological Culture of the Service for Control and Supervision of the Environment, Wildlife Objects and Forest Relations Khanty-Mansiysk Autonomous Okrug - Ugra, Head of Delegation (Russia) Larisa Kruglova, Deputy Head of the International Cooperation Section, Department of Public and Private Affairs Other relations of the Khanty-Mansiysk Autonomous Okrug (Russia) Natalya Zubko, coordinator of the Red Book through the Eyes of Children project of the international organization of the northern regions Northern Forum Olga Stytsyuk, Chief Specialist of the Department for the Implementation of Industrial Policy and Export Support of the Department of International and Foreign Economic Relations of the Yamalo-Nenets Autonomous Okrug (Russia) Sabina Kapshanova, Specialist of the Sakha (Yakutia) Mountain Inspectorate for Nature Conservation, Sardaana Krivoshapkina, accompanying the delegation of Hokkaido (Japan) Michiaki Odajimo, teacher of MBOU "Berdigstiakh secondary school with in-depth study of individual subjects named after Afanasi Osipov", Sakha Republic (Yakutia), Gorny ulus, Berdigstey village, accompanying teacher (Russia) Natalya Vasilyeva, teacher of MBOU "Berdigestyakh secondary school the study of individual subjects named after Afanasy Osipov ", the Republic of Sakha (Yakutia), Gorny ulus, s. Berdigestiah Sargylana Olenova. 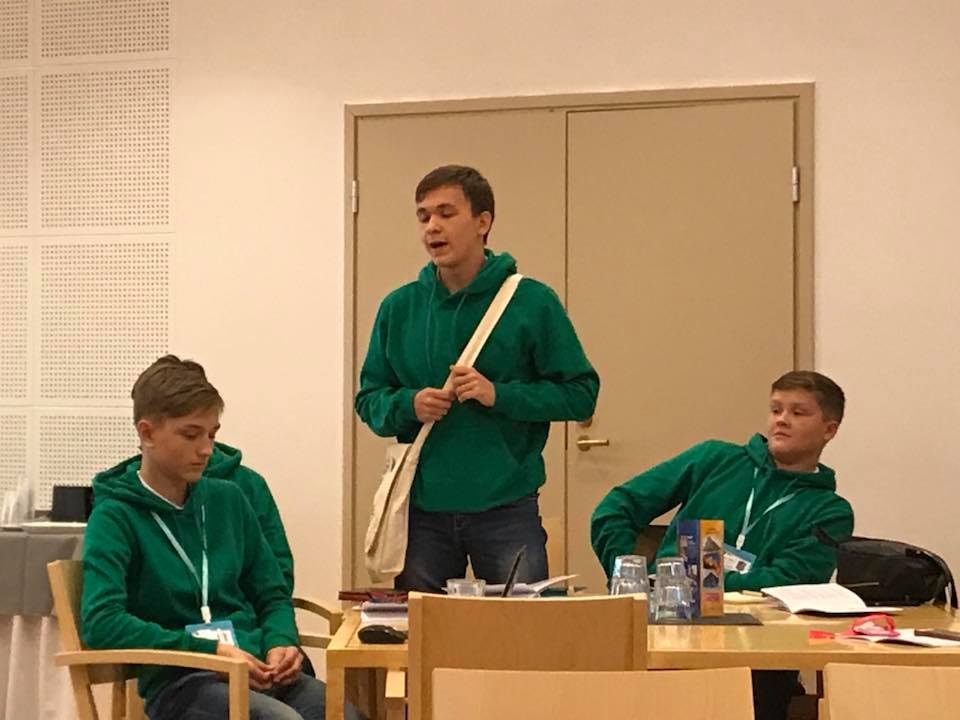 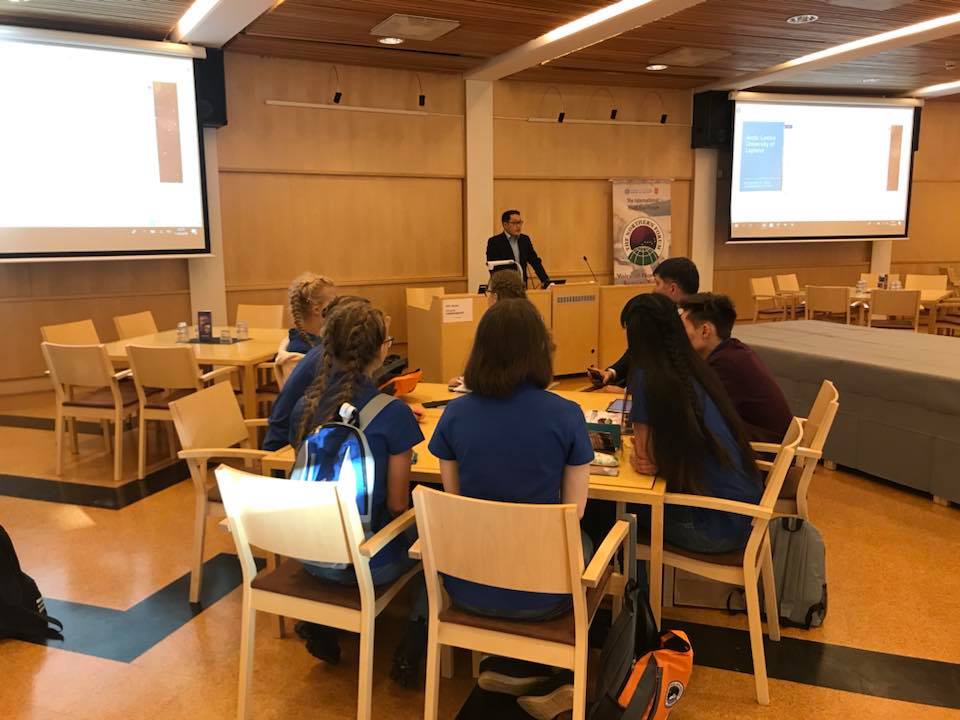 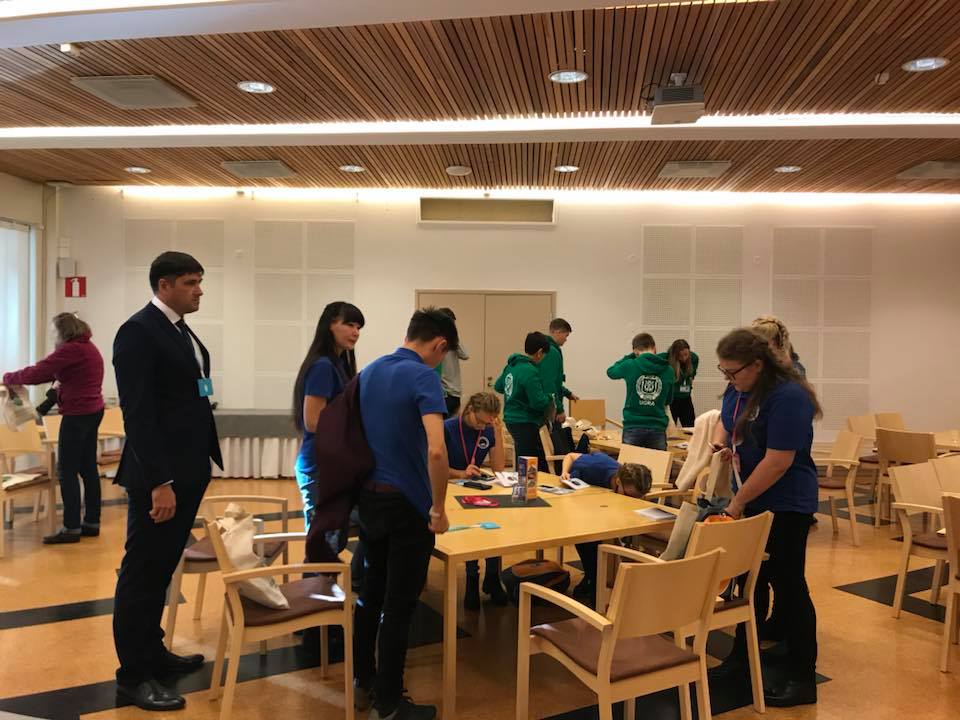 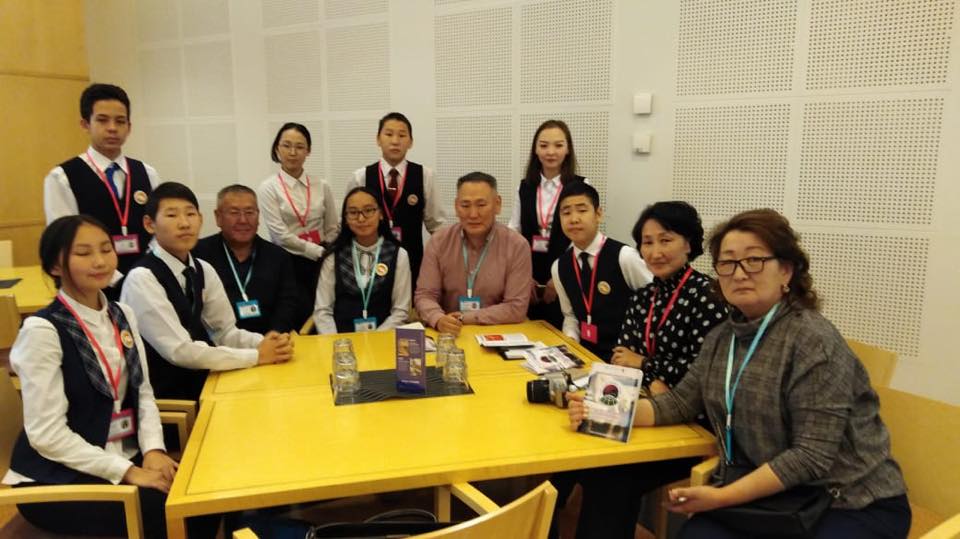 In the afternoon, the Forum participants and experts, despite the closely observed weekends in Scandinavia, were taken on a guided tour in the Arctic Center of the University of Lapland. An interesting tour of the famous Center ended with a lecture by the director of the Arctic Center, Professor Timo Koivurov. 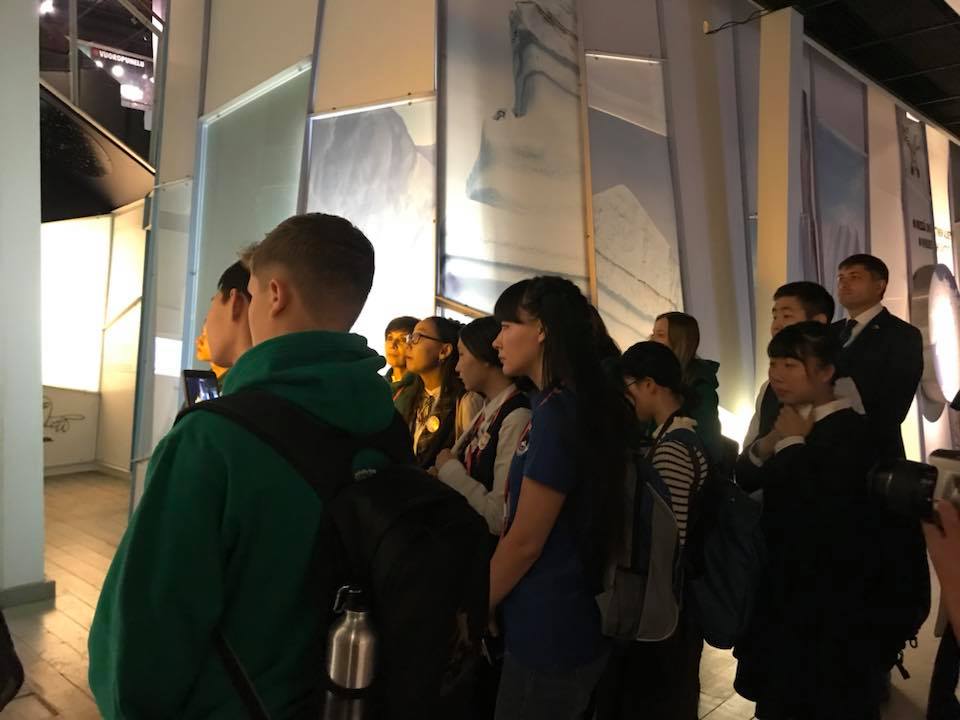 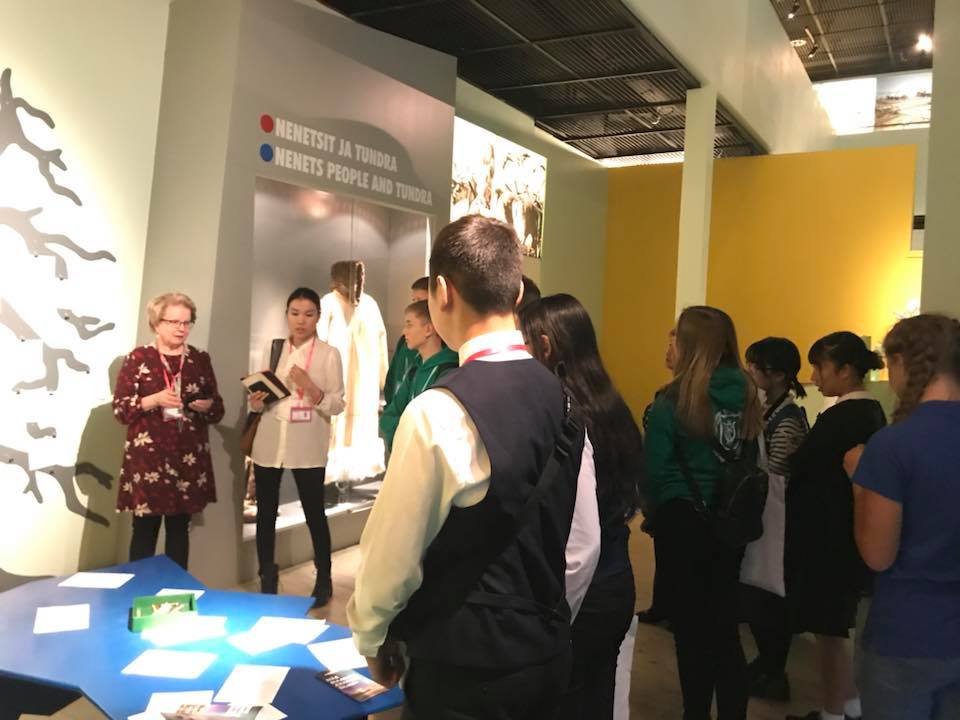 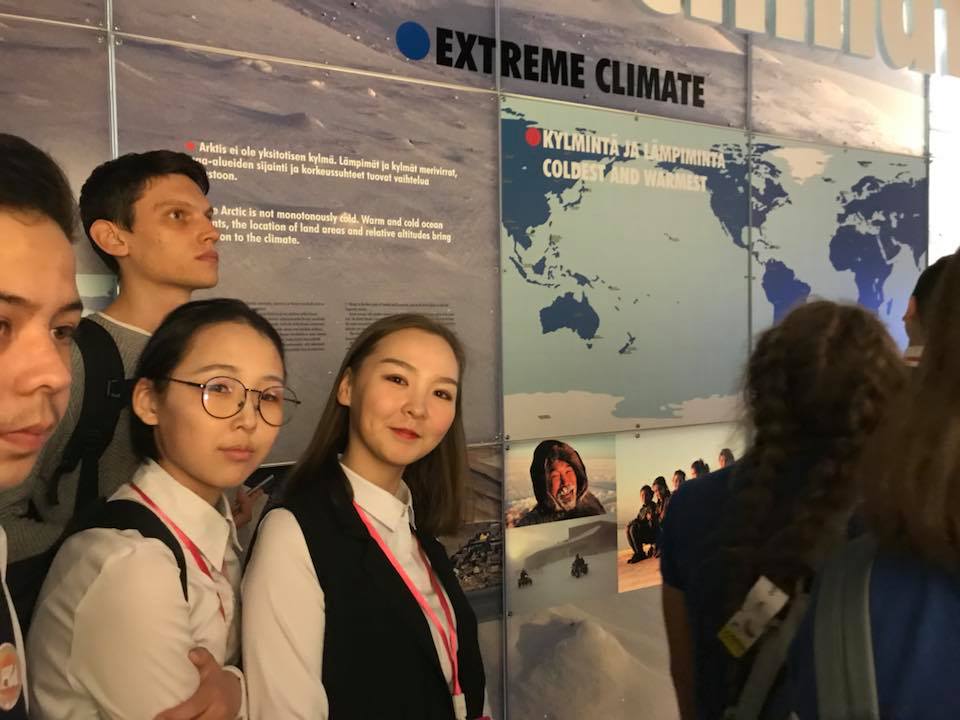 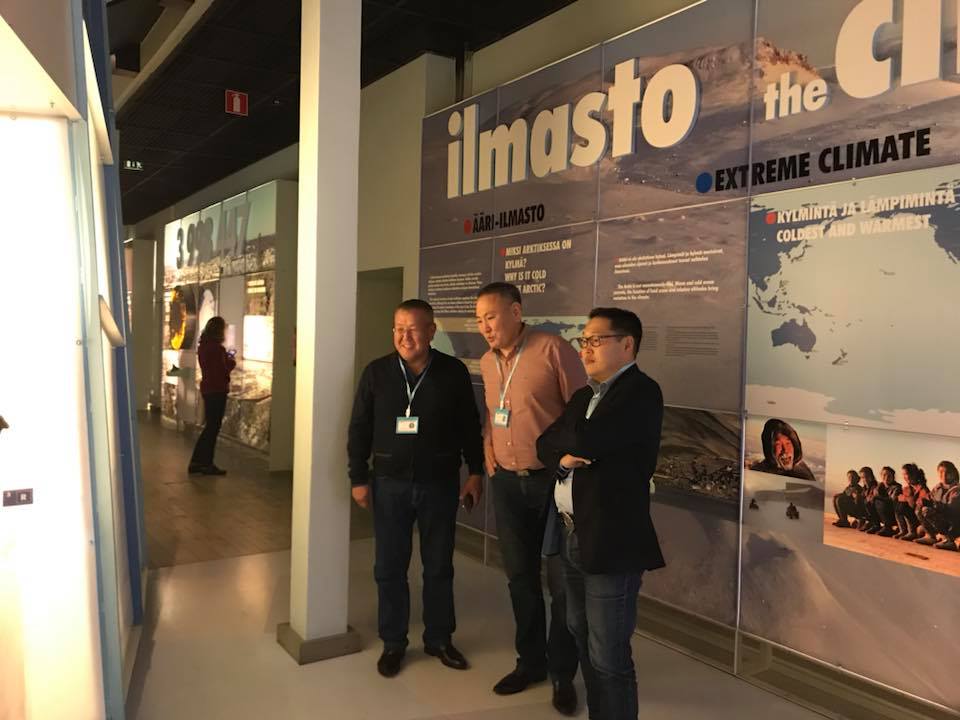 The participants heard current information on the work carried out by the center, on the Finnish policy in the North and in the Arctic. They asked and received answers on biodiversity conservation issues of their interest. 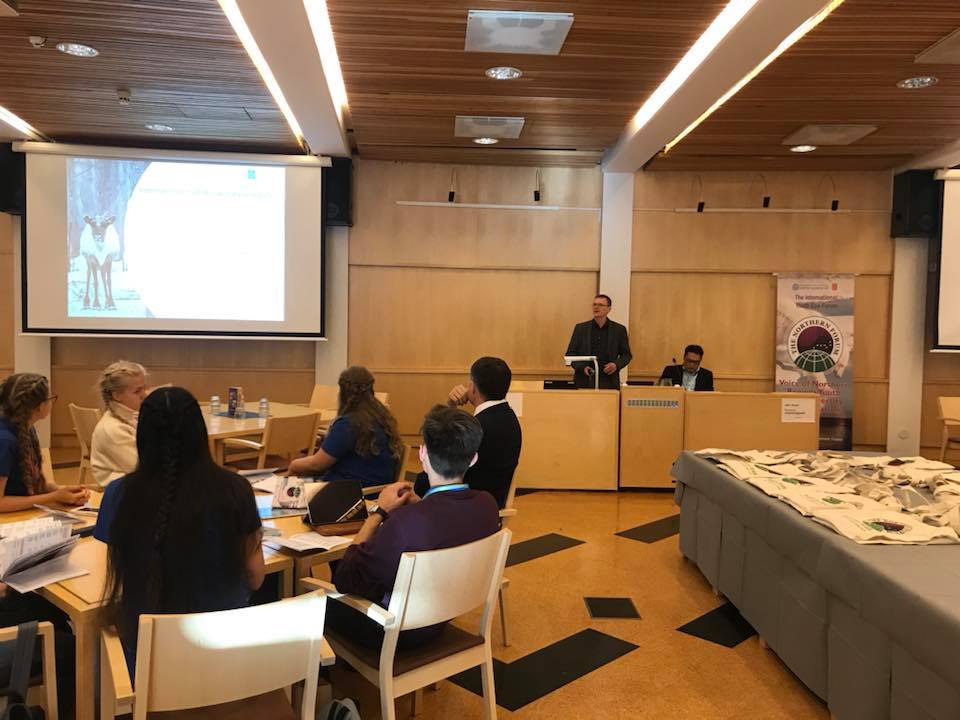 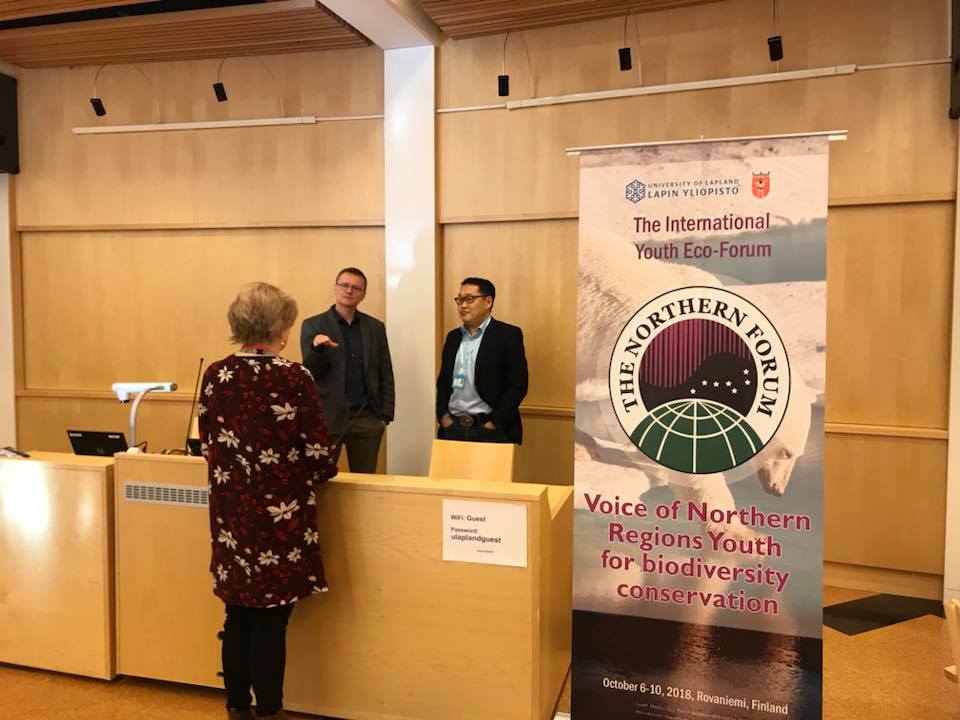 As part of the evening program of the Forum, participants in a relaxed atmosphere met each other and presented the cultures and life in their regions.

In the following days, the work of the YEF-2018 will be a joint meeting of the MEF-2018 and the Working Group of the Northern Forum on Biodiversity Conservation and Environmental Protection and the IEF; Presentation competition; Work on the final document "YEF-2018"; Participation in the program of the Youth Arctic Summit and the Congress on Arctic biodiversity.