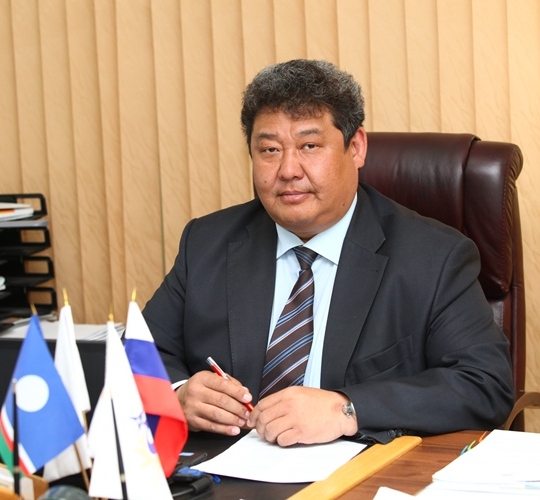 “For the northern regions, alternative energy is not only a saving of diesel fuel, but also an opportunity to preserve the marvels of northern nature. During 2016 “Sakhaenergo” has saved 270.88 tons of diesel fuel, thus preventing the release of 0.776 tons of pollutants into the atmosphere.”

Aleksander Koryakin, Deputy Director General for Innovation, R&D and Capital Construction of the leading company for the introduction of alternative energy in the Far East Russia, told us about the experience of operating solar generation systems in the Far North. Sakhaenergo JSC is a subsidiary of PJSC Yakutskenergo (part of PJSC “RusHydro”) is the only company engaged in the implementation of renewable energy technologies on an industrial scale in Yakutia.

Sakhaenergo's unique successful experience in implementing renewable energy projects in the Far North has high scientific and practical value. The power company contributes to the innovative development of the Arctic and the North of Russia - the strategic task of the country to revive and actively develop the Arctic territories.

- Among 143 energy facilities we operate 16 solar stations in remote northern communities, saving diesel fuel and reducing a negative impact on the environment. In the republic, the number of photovoltaic power stations grows every year, for example, the following stations are under construction: Orto-Balagan, Oymyakonsky district (Orto-Balaghan, Wojmokoon) (50kW), Kystatyam, Zhigansky district (Kystatyam, Ezigeen) (40kW), Sebyan-Kyuyol, Kobyaysky district (Sebeen-Kwuol, Kebeeji) (50kW), and each year their number is increasing. Also, the capacity of the autonomous inverter system and the storage system of the first Yakutian photovoltaic power station in Batamai community will also increase.

Table. Saving of diesel fuel due to the use of photovoltaic power plants of Sakhaenergo for the period 2011 - 2017. (Without taking into account the saving of 1MW Batagay power plant in Verkhoyansky district).

- What are the results of solar power plants application? How does alternative energy save expensive diesel?

For northern regions, alternative energy is not only a saving of diesel fuel, but also an opportunity to preserve the marvels of northern nature. So, during 2016 “Sakhaenergo” has saved 270.88 tons of diesel fuel, thus preventing the release of 0.776 tons of pollutants into the atmosphere.

- One of the solar stations of Sakhaenergo was included in the Guinness Book of Records, right?

- Yes, a solar power plant in Batagay community, Verkhoyansky district is included in the famous record book as the largest station above the Arctic Circle, it has the size of two football fields. The power capacity is 1000 kW, it consists of 3360 solar panels. In 2016 the station produced 652’842 kWh, saving 177.6 tons of fuel.

- How quickly do solar power plants pay off?

- They pay off in 7-8 years, this is very quick for energy production industry, as some projects pay off in 30 years or more.

- Does Sakhaenergo pay much attention to innovations?

- Undoubtedly, such a policy is caused by the time and difficult climatic conditions of our region. Life and well-being of people literally depends on our work, the promptness of introduction of new technological solutions. Even today, many communities are off-grid. In these communities, the only source of energy supply is diesel power stations, for which operation it is necessary to constantly deliver fuel. Harsh climatic conditions and the lack of a permanent road network create great difficulties with the delivery of fuel and creation of its reserve. As a result, the cost of fuel increases several times, which leads to an increase in electricity tariffs. At the same time, the company operates a policy of energy saving and reducing the cost of energy. Work in this direction is carried out by the department of alternative energy sources and new technologies.

- What other innovations are being introduced in Sakhaenergo?

- In addition to solar stations, there are many new developments, for example, in the field of construction. In 2014, for the first time, we have tested screw piles in photovoltaic stations. In our conditions of permafrost, reinforced concrete piles are mainly used, but they are not just expensive, but also very heavy in transportation. Therefore, together with our partners, we have implemented a system of two-level arrangement of panels on the basis of screw piles in Batamai PVS. The system proved its practicality, relatively low costs and fast installation speed. To increase the efficiency of PVS, inclination angle of panels were used to be adjusted manually, now using the tracker, sun tracking is done automatically.

- What world energy know-how are being introduced in the northern and arctic regions of Yakutia?

- Analogues of the systems developed by us are not used elsewhere in the world, since our systems operate in the North and in the Arctic in permafrost conditions. We are studying the use of composite materials in the field of construction of power transmission lines. In a favorable climate composite electric pylons can function for 125 years, in our conditions less, due to the intensive aging of the material under the influence of ultraviolet, moisture, low temperatures and gusts of wind, but they last much longer than wood and twice longer than metal.

Special attention should be paid to the technology of container recovery based on polymer materials. Inside the old, rusted tank, a new polymer tank is being formed, using the “cup-in-a-cup” technology, it is environmentally friendly, meets Sanitary gulations and Norms for drinking water tanks, guaranteed service life is 25 years (Deputatsky settlement, 800 cubic meters). In order to implement innovative energy-saving technologies, a trilateral cooperation agreement was signed between Sakhaenergo JSC, ARS LLC (the official representative of the MMBP) and directly with the Miass Machine-Building Plant LLC itself. This winter the “MMBP” LLC tested luminaires equipped with completely new power sources, which can operate at temperatures up to -65°C (-85°F). For these purposes, Sakhaenergo provided pilot sites in Oymyakon and Verkhoyansk.

- Which are the main problems?

- Sure, extreme climatic conditions have an influence on the results of renewable energy facilities, in particular, there is a seasonal dependence of efficiency. For example, in the winter time - it's sticking snow on the solar panels.

Non-standard foundations are used to prevent thermal deformation of foundations (heaving). In connection with this, the construction of such facilities on permafrost leads to a rise in the cost of the project and increases the payback period.

In addition, the equipment must be manufactured in an “arctic” - reinforced and frost-resistant version. Another serious feature is complex logistics.

There is also a problem with the lack of qualified personnel in the field and the lack of incentive mechanisms for implementing RES facilities at the legislative level.

- What are your plans, how do you see the further development?

- This year our partners from Japan will start the construction of a wind farm in Tiksi (Bulunsky district). RusHydro, New  Energy and Industrial Technology Development Organization (NEDO, Japan) and the Government of Yakutia signed an agreement on cooperation in the development of renewable energy sources. The document refers to the creation of a wind farm in the Yakutian Arctic. It is planned that the wind farm will be built in two stages and designed by Japanese specialists taking into account the climatic features of the region. In the future, it is planned to transfer the facility for servicing to Sakhaenergo.

- Thank you very much for the conversation! We hope that alternative energy will continue to develop in Yakutia.