Craig Fleener is the new speaker at the General Assembly 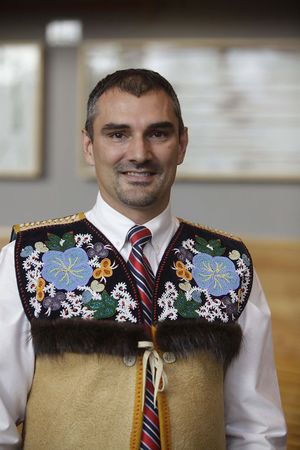 Mr. Craig Fleener, who currently serves as a Senior Advisor on Arctic Policy at the state of Alaska Office of the Governor, has registered to take part in the General Assembly of the Northern Forum. For several last years, the state of Alaska has not taken part in the Northern Forum events; yet for the 12th General Assembly, 10 participants of the state have confirmed their plans to come and take part.

Gov. Bill Walker’s former running mate, who stepped off the ticket to pave the way for a Walker victory, has been named the new governor’s special assistant on Arctic policy.

Fleener, a former Alaska Department of Fish and Game deputy commissioner from the village of Fort Yukon, opened the door for the formation of Walker’s successful independent ticket, when Fleener stepped aside so Walker could join forces with Democrat Byron Mallott.

Fleener, a Gwich’in Athabascan, has been involved in efforts before the Arctic Council to protect biodiversity in the region and to provide a voice for Gwich’in Natives. His experience includes chairing the Gwich’in Council International for several years, giving Gwich’in regions in Alaska and Canada representation before the Arctic Council. The council is an international forum advocating for Arctic issues that consists of eight member nations and indigenous groups that play prominent roles.   (original source: www.adn.com/article/20141204/gov-walker-names-former-running-mate-fleener-arctic-adviser)

Currently there are 100+ participants registered at the event. Do not miss and register online at www.nf-assembly.org