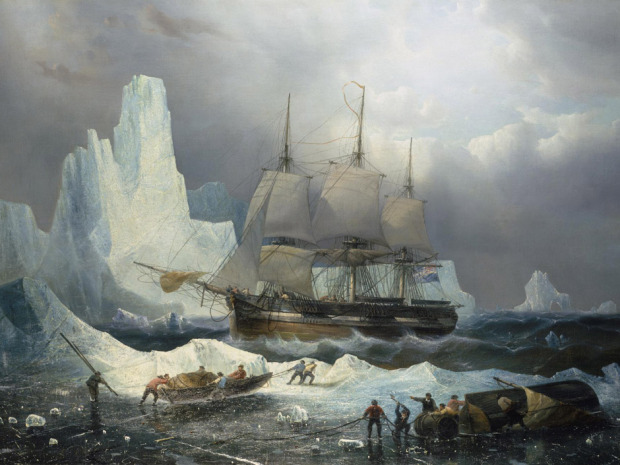 Buttons. Plates. A medicine bottle filled with viscous goo. These are among the last remnants of the doomed Franklin expedition, an 1845 journey to the Arctic that ended with two ships sunk and 129 lives lost.

These artifacts saw new light last month in a flash exhibition at the Canadian Museum of History. They were brought to the surface during an April dive to the wreck site of the HMS Erebus, one of two ships that carried Sir John Franklin and his men to the Arctic in search of a Northwest Passage. Until the rediscovery of the HMS Erebus in 2014, no one knew where that ship had come to rest. The Erebus' sister ship, the HMS Terror, remains missing.

Fifteen artifacts have now been pulled from the wreck site, located in Queen Maud Gulf between Victoria Island and mainland Canada. In April, underwater archaeologists had to bore through 6.5 feet (2 meters) of sea ice to dive to the Erebus remains.

"It's an extremely remote location," underwater archaeologist Ryan Harris of Parks Canada, the chief archaeologist on the dive, told Live Science. "It takes a lot of effort to get all your personnel and equipment to the remote site location." 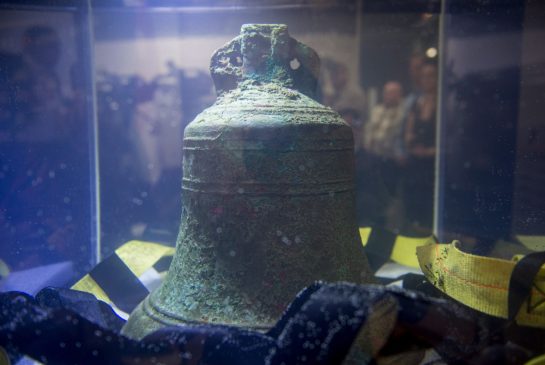 Harris and his team had the advantage of support from Canada's Department of National Defense, the Royal Canadian Navy and even the New York Air National Guard to move equipment up to an ice encampment at Queen Maud Gulf. Franklin, in 1845, was working under far more constraints.

Franklin, a British Royal Navy officer, left England in 1845 in search of a passage through the Arctic icepack. His two ships became entrapped in ice near King William Island in 1846 and were never heard from again. According to a note later found on King William Island, Franklin died there on June 11, 1847.

Search parties began scouring the Arctic for signs of Franklin and his 128 men as early as 1848. All they found were a few graves on King William Island and nearby Beechey Island, along 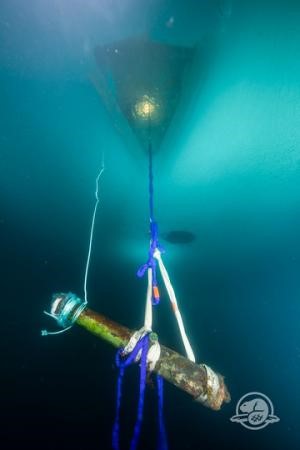 with stories about the lost men by Inuit locals. Modern research on the remains that were found revealed cut marks, suggesting that Franklin's men resorted to cannibalism at the end.

Since the discovery of the HMS Erebus in 2014, Harris and his colleagues have only scratched the surface of the wreck and the artifacts inside. In the initial dives in September 2014, the team cleared kelp and undersea vegetation from the ship, which towers some 16 feet (5 meters) above the seafloor. They saw the ice channels built along the port side of the ship that protected the ship from ice damage, iron plating meant to shore up the bow against sea ice, and a mechanism that allowed the ship's propeller to be hoisted up over the deck. The Erebus was a sailing ship with supplementary steam power, Harris said, so the propeller would have been pulled out of the water during travel on the open ocean. It also would have been pulled up to protect it from ice while overwintering in the Arctic.

In April, the archaeology team began testing laser-scanning technologies to catalog the wreck site. They also pulled up a few easily accessible artifacts, including three ceramic plates and several pieces of the ship's rigging. The largest artifact recovered was a 680-pound (309 kilograms) cannon capable of launching 6-pound cannonballs.

"It's just a beautiful piece," Harris said. The HMS Erebus was a Royal Navy ship, he said, which explains the weaponry.

"They had to be prepared, even though it was generally acknowledged that they would be sailing under a flag of scientific neutrality," he said of the men on the ship.

A few personal effects, like a patent medicine bottle and several tunic buttons, are a haunting reminder of the men who lost their lives on the expedition. Researchers are trying to determine what the tunic buttons are made of, Harris said, which will help clarify whether they belonged to an officer or a lower-ranking crewman. 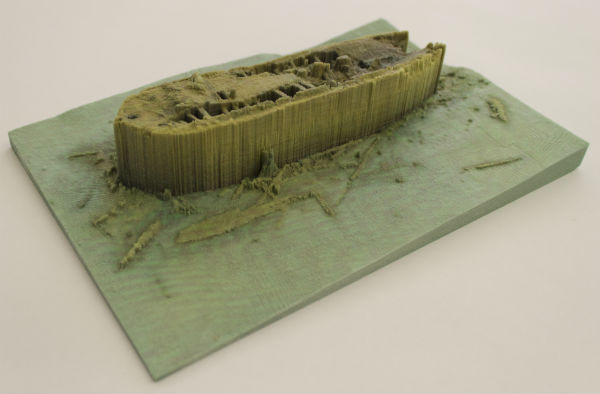 "There's always the possibility of being able to link artifacts with a specific individual on board, which is quite gratifying," he said.

Years of work lie ahead for the archaeologists studying the Erebus. Harris and his team hope the research will help illuminate the last days of Franklin and his men: Who were the final survivors? Did they return to the icebound ships before the ships sank? What were they trying to accomplish in their last days?

"We don't exactly know yet what were the factors that caused the expedition to come apart," Harris said.

3D-print of the discovered shipwreck

The Canadian Museum of History exhibit of the artifacts lasted from May 14 to 18, but history buffs can visit the Parks Canada website to tour the virtual exhibit, including video from the dive and photographs of the artifacts recovered.