The Northern Forum takes part in the Ministerial 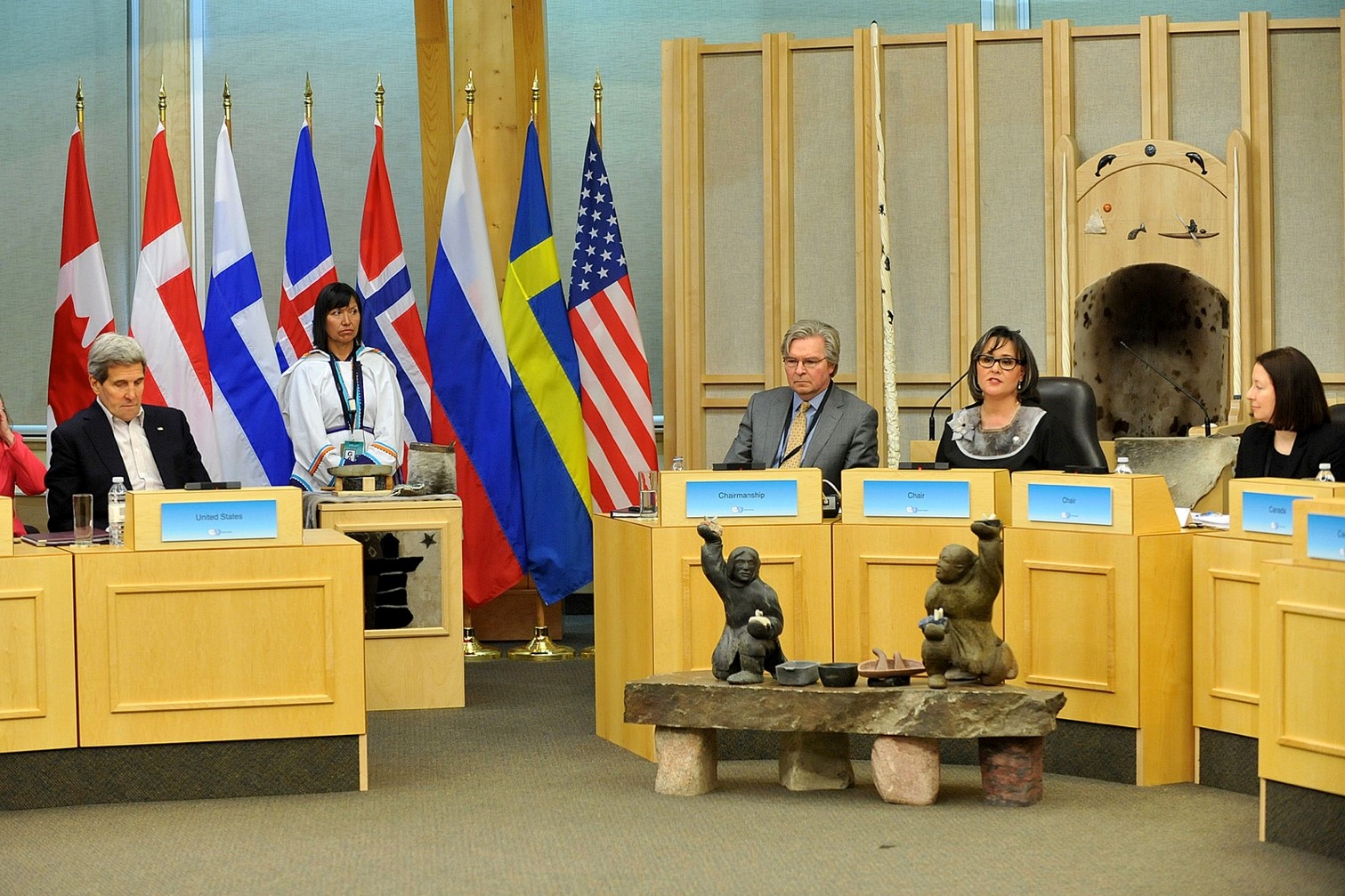 Arctic Council Ministerial Meeting took place in Iqaluit last week, gathering eight Arctic nations and leaders of indigenous NGOs. This was the final meeting for Canada as a Chair state for the organization and inaugural for the United States. The Northern Forum has an Observer status in the Arctic Council, therefore it was represented on this meeting by the Acting Executive Director Mikhail Pogodaev.

The Ministers have signed a 2015 Iqaluit Declaration which highlights achievements of the Arctic Council Chairmanship of Canada (2013-2015) and determines main directons of the Council’s work during the Chairmanship of the United States (2015-2017). 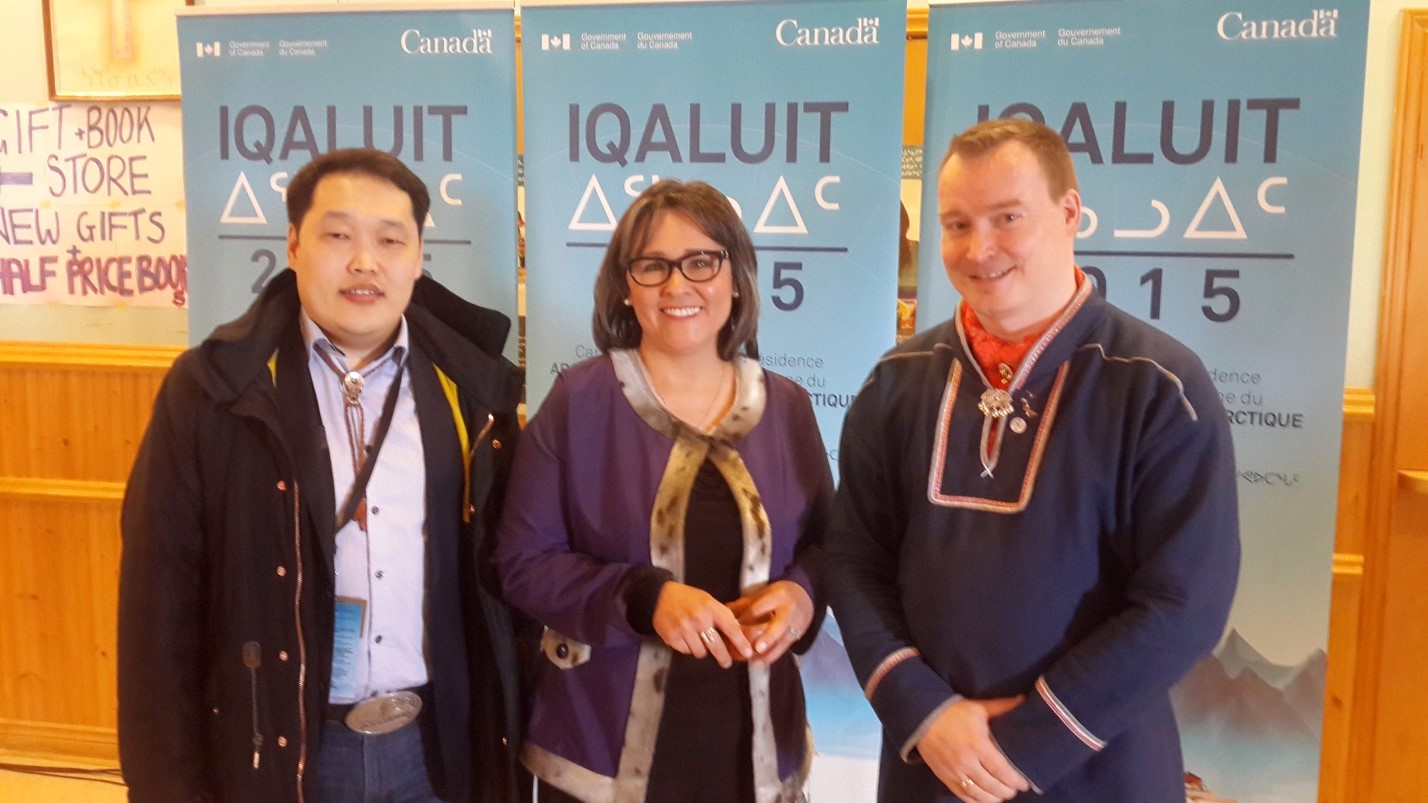 “We have signed proundly the Iqaluit Declaration here in Canada’s North” – said Canadian Minister Leona Aglukkaq, who was a Chair of the Arctic Council. “Canada has given the first place in the Arctic Council agenda to the Northerners and we continue making sure that the organization works for benefit of the people who live here”.

“Development for the Northerners” was a key theme for Canadian chairmanship, therefore the organization was mainly promoting socio-economic development and Arctic nature conservation by leading projects on topics as psychic health, traditional knowledge and prevention of oil pollution of the seas – all to improve living conditions of inhabitants of the North. 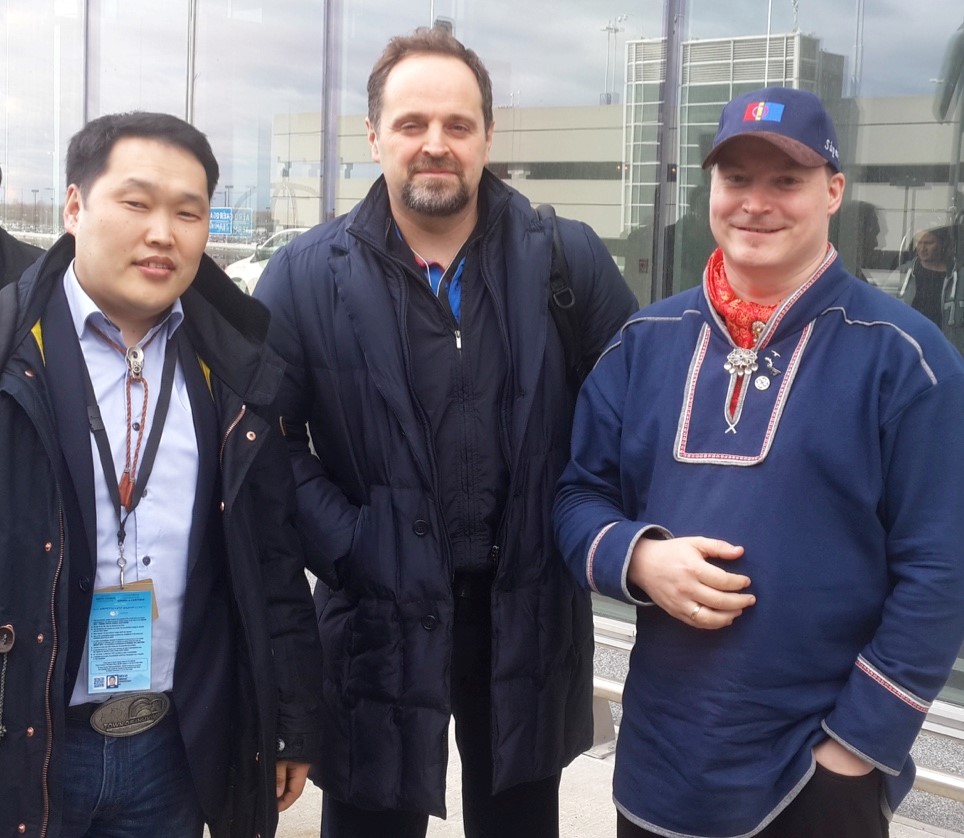 US Secretary of State John F. Kerry became a new Arctic Council Chair and his speech was: “Arctic is one for all and all of us – US, other states, indigenous peoples and Arctic communities – must join forces to do this responsible planning and management of resources this enormous region has to give”. 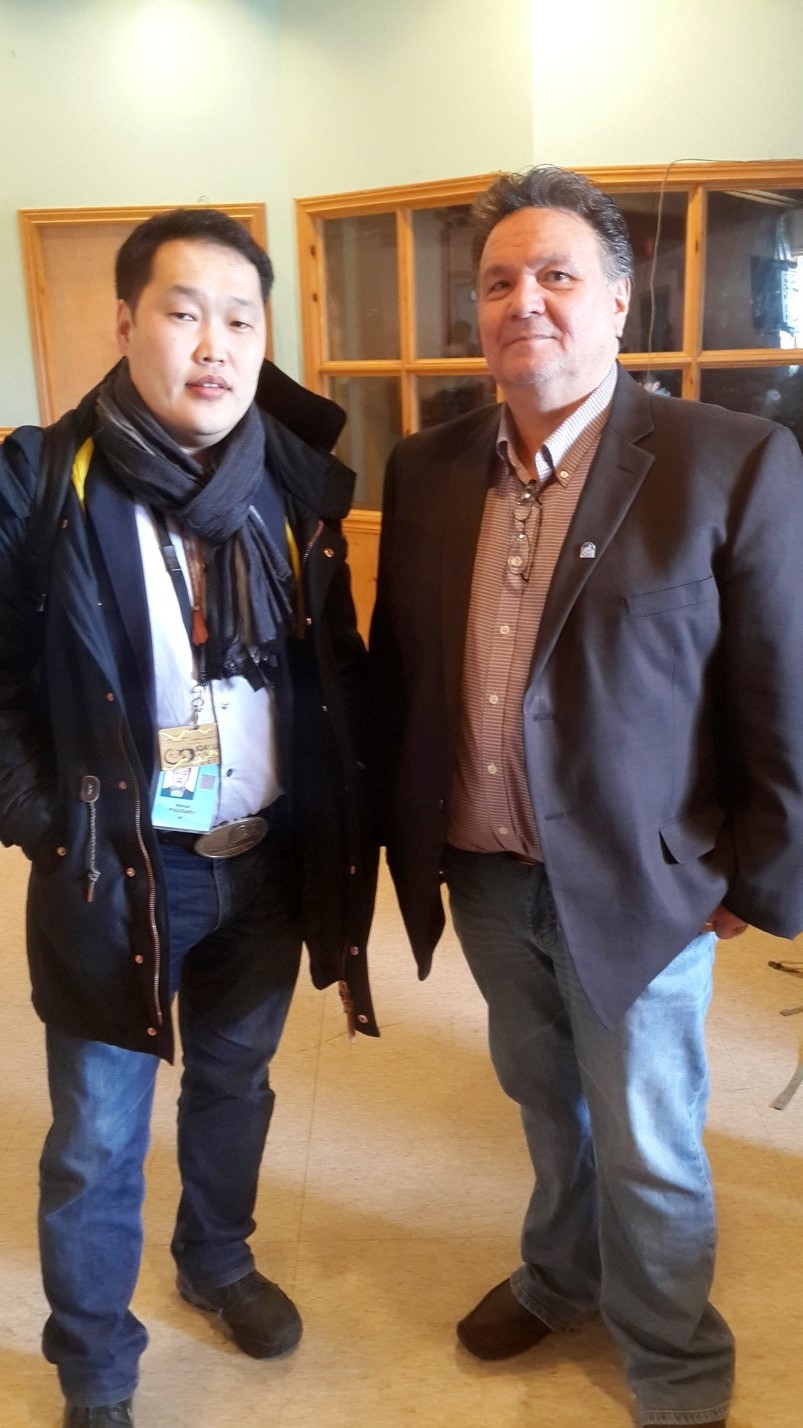 Key achievement of Canadian chairmanship was creation of the Arctic Economic Council, a new independent forum for business representatives, for promotion of cooperation between different companies and industries in the Arctic, for support to responsible economic development and for bringing circumpolar business perspectives to work of the Arctic Council

Russian Federation was represented by a Minister for Nature Resources and Environment Sergei Donskoi, who claimed Russia is open for cooperation in the Arctic through dialogue and joint work.

The Northern Forum Acting Executive Director Mikhail Pogodaev has used opportunities of the Ministerial meeting and met its key participants: Canada Minister for Environment and Chair of the Arctic Council Leona Aglukkaq, Prime Minister of Nunavut Peter Taptuna, Prime Minister of NWT Bob McLeod and Russian Minister for Nature Resources and Environment Sergei Donskoi. On the meeting with Mr. Donskoi, Mr. Pogodaev has discussed a situation over UNEP/GEF Nomadic 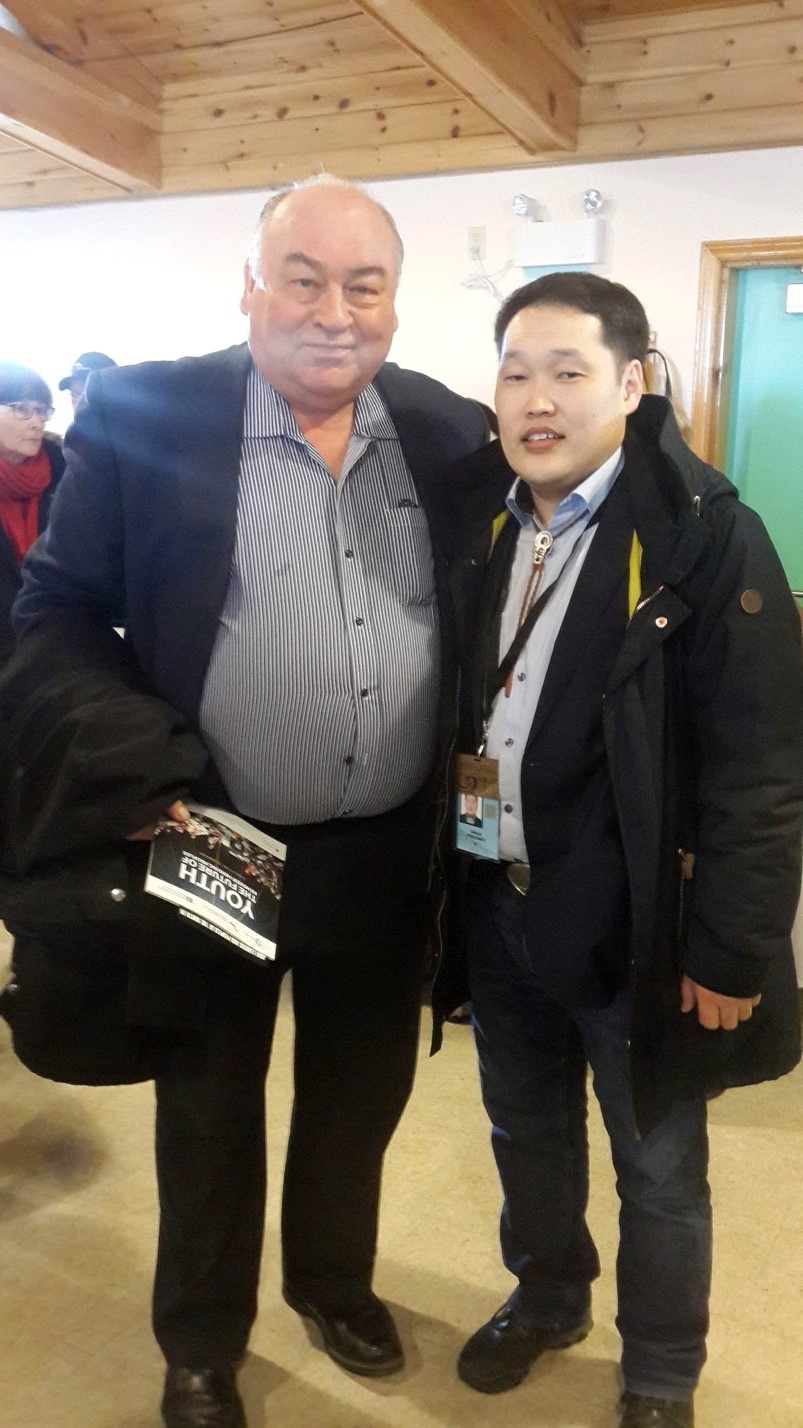 Herders Project that is focused on conservation of biodiversity through support of herding communities of the indigenous peoples of the North in Sakha Republic (Russia) and Mongolia. He also discussed an issue of restoration of Alaska membership with the Northern Forum with Alaska representatives: US Senator from Alaska Lisa Murkowski and Arctic Advisor for Alaska Governor Craig Fleener.

Also, Mr. Pogodaev is a World Reindeer Herders Chair of the Board; and in this role he presented a final report on Russian - Norwegian project in the Arctic Council – “EALLIN Reindeer Herding and Youth”. This report was given to all Arctic Ministers personally, including the US Secretary of State John Kerry and Russian Nature Resources and Environment Minister Sergei Donskoi. 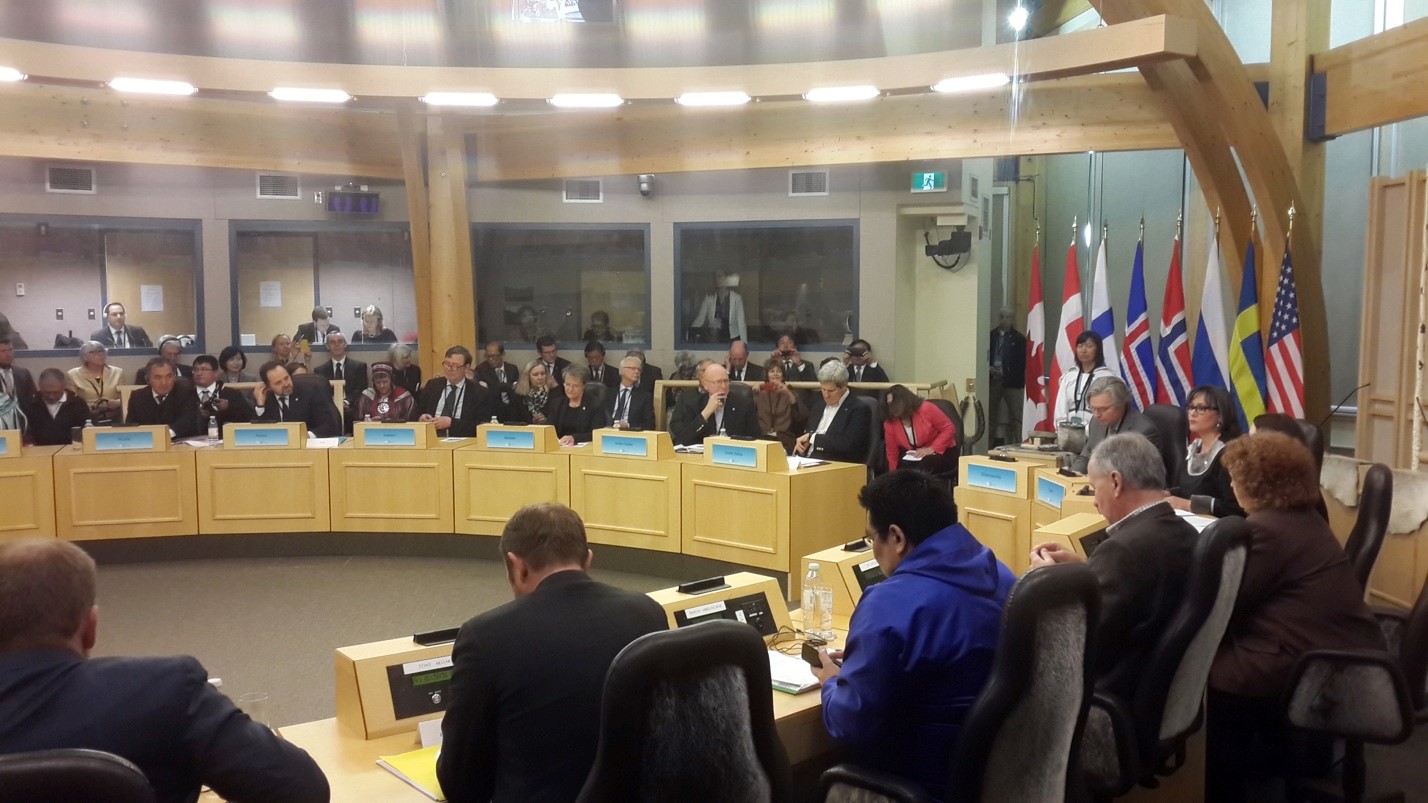 The Northern Forum works for development of close cooperation with the Arctic Council and represent the voice of the regional authorities of the Northern regions in this important intergovernmental forum.