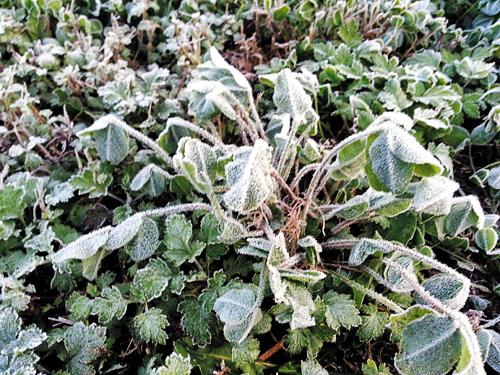 Gangwon Sees 1st Frost of the Season, The mountains of Gangwon Province saw their first frost of the autumn early Tuesday morning and again on Wednesday. Temperatures in Pyeongchang and Yongpyeong in the province in the early morning of Tuesday dropped as low as -0.4 degrees, bringing frost and ice up to 10 days earlier than on average.