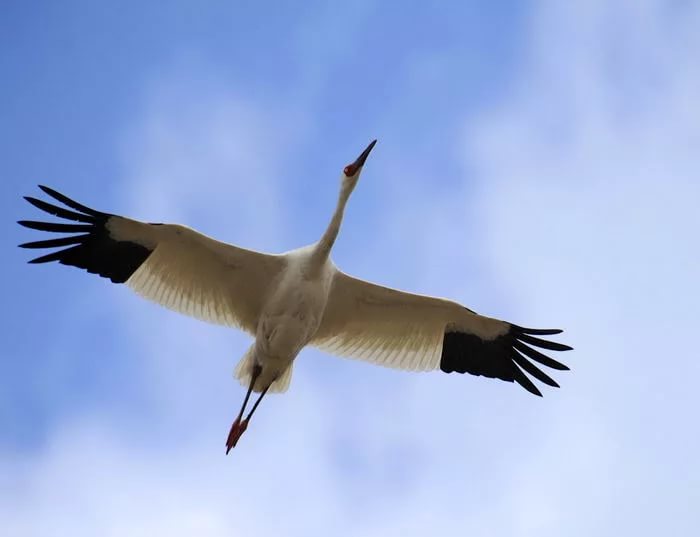 The first online action was held within the framework of the Northern Sustainable Development Forum "the Siberian crane is a symbol of uniting regions and countries". The action is dedicated to the preservation of rare animals of the North and the Arctic. The organizers of the action are the Northern Forum’s directorate, headed by Vladimir Vasiliev, research officer, a candidate of biological sciences at Institute for Biological Problems of Cryolithozone Siberian Branch of the Russian Academy of Science Inga Bysykatova and employees of the Congress Center.

In 2019, the international expert platform was created in Yakutsk under the auspices of the Northern Forum – “The Northern Sustainable Development Forum”. The Northern Forum’s logo includes the White crane (Siberian crane), which is a symbol of Yakutia and personifies the unification different countries’ efforts to preserve a rare species of Arctic birds, included in the IUCN (International Union for Conservation of Nature) Red List, as well as in the Red Data Books of Russia and the Republic of Sakha (Yakutia).

The Siberian Crane is a clear indicator of human impact on the habitat of a rare species and depends entirely on human attitudes, especially in the wintering grounds. At the same time, climate change in the Arctic is already having a serious impact on its nesting sites.

That is why the Northern Sustainable Development Forum began with the action to preserve rare species of plants and animals, and the first species was the Siberian Crane.

As part of the action, for a wide range of users, crowdfunding will be announced to raise funds for the publication of “The Siberian Crane and its Neighbors” booklet which is about waterfowl species in the Arctic. Also, scientific presentations of the participants of the online action and employees of Ulus Inspections for Nature Protection in the nesting and migration sites of the Siberian crane, as well as videos and children’ drawings from Russia, Mongolia and China dedicated to the Siberian crane will be published on the Northern Forum website in the "Save the White Cranes".

In total, about thirty people took part in the online action " The Siberian Crane is a symbol of unification of regions and countries", the main speakers were guests from Russia, Mongolia and China.