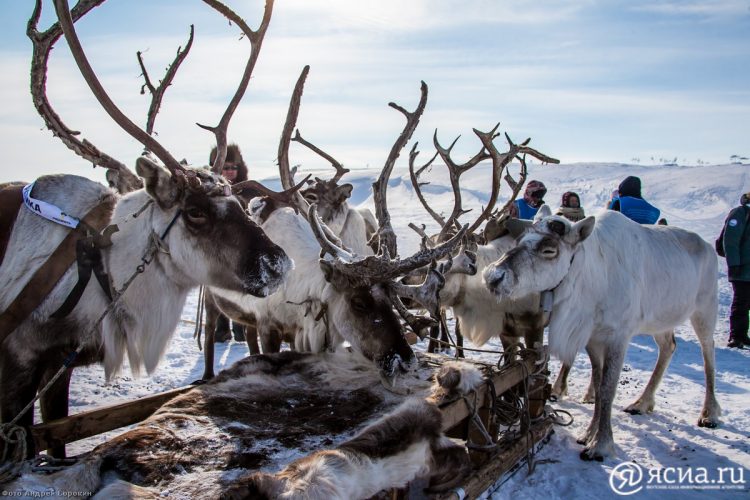 The Parliament of Yakutia has prepared a project to create the special economic zone “Polar Star” in the Arctic part of the republic for the development of traditional industries of the North, including reindeer husbandry. This was reported on Monday by Elena Golomareva, chairman of the Committee on indigenous peoples of the North and Arctic affairs of the regional parliament.

“As a pilot project, we propose to create a special economic zone (SEZ) within the boundaries of the Allaikhovsky, Abyysky and Momsky uluses (regions) of Yakutia. The main purpose of the proposed SEZ "Polar Star” is to create the conditions and infrastructure necessary for the development of traditional nature management, economic activities, crafts, collection and processing of medicinal raw materials. The project has been submitted for consideration to the head of Yakutia, Aisen Nikolaev," said Golomareva.

At the same time, as noted by Golomareva, there is no such form of governance as the SEZ, aimed at developing traditional industries and raising the living standard of the indigenous population on the territory of the Russian Federation. “According to the project, SEZ needs to be created at the level of three remote areas that will be part of the management company. This is a completely different approach when the communities themselves will manage the development of their territories, decide in which industries it is advisable to invest money and which industries will enjoy preferences,” - noted the delegate.

One of the tasks of the SEZ is to restore reindeer husbandry, the main industry of the North. "It is necessary to return to the tundra its owners - deer, without which the northern man’s way of life is being destroyed. It’s too early to talk about the development of the Arctic, we need to talk about the phased restoration of lost resources. Today there is no stimulating support in reindeer husbandry. People suppressed by need and low living standards, cannot plan their life for the long term," the deputy added.

According to her, the implementation of the proposed initiative will allow, according to preliminary estimates, to ensure the creation of 150 jobs and full employment of families of reindeer herders and fishers with a total number of 120 people.

“The Arctic uluses have a high unemployment rate among the local population. And this is the problem that SEZ can solve. The three Arctic uluses chosen for the pilot project are very different in their specificity and way of life. More than 30 thousand deer once ran in the Allaikhovsky tundra, but today they don’t have a single deer and are engaged in fishing. The Momsky ulus has preserved a few deer, but in general herd horse breeding is developed there. The Abyysky ulus mainly specializes in fishing," the parliamentarian said.