The Sakha Republic has significantly improved its investment climate 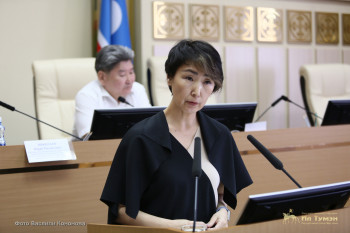 The Sakha Republic (Yakutia) was recognized as one of top twenty Russian regions with the highest GRP and has significantly improved the investment climate in 2018.

It has been reported by Minister of Economy of the Sakha Republic Maya Danilova that the Sakha Republic (Yakutia) has achieved high results in all macroeconomic indicators in the past year. The GRP exceeded a trillion rubles, and it brought Yakutia to the 20th place among all Russian regions and to the first in the Russian Far East.

“The Sakha Republic’s economy grew by 5% compared with 2017. This is mainly due to increased industrial production, which has reached its maximum over the past six years” - Minister noted.

According to Maya Danilova the Sakha Republic is already counted as a “donor region” of the country due to a large amount of tax collection.

Nevertheless, the Sakha Republic is not yet ready to abandon federal subsidies, since they equalize revenues and expenditures. "Until 2035, we still do not see ways of rejection of subsidies " – said Minister.

It should be recalled that President Vladimir Putin announced that Yakutia is a leader in improving the investment climate among the Russian regions. In 2018, 403 billion rubles were invested, and it is 1.9% more than in 2017. More than half of this investments were allocated to develop extraction industry (minerals and fossil fuels).

According to Maya Danilova this year results have already confirmed the growth of GRP due to growth of industrial production, as well as the implementation of the Russian national program aimed to promote agricultural products. Minister Danilova determined a priority areas of the socio-economic development for the next five years: it is ensuring growth of real incomes and poverty reduction.