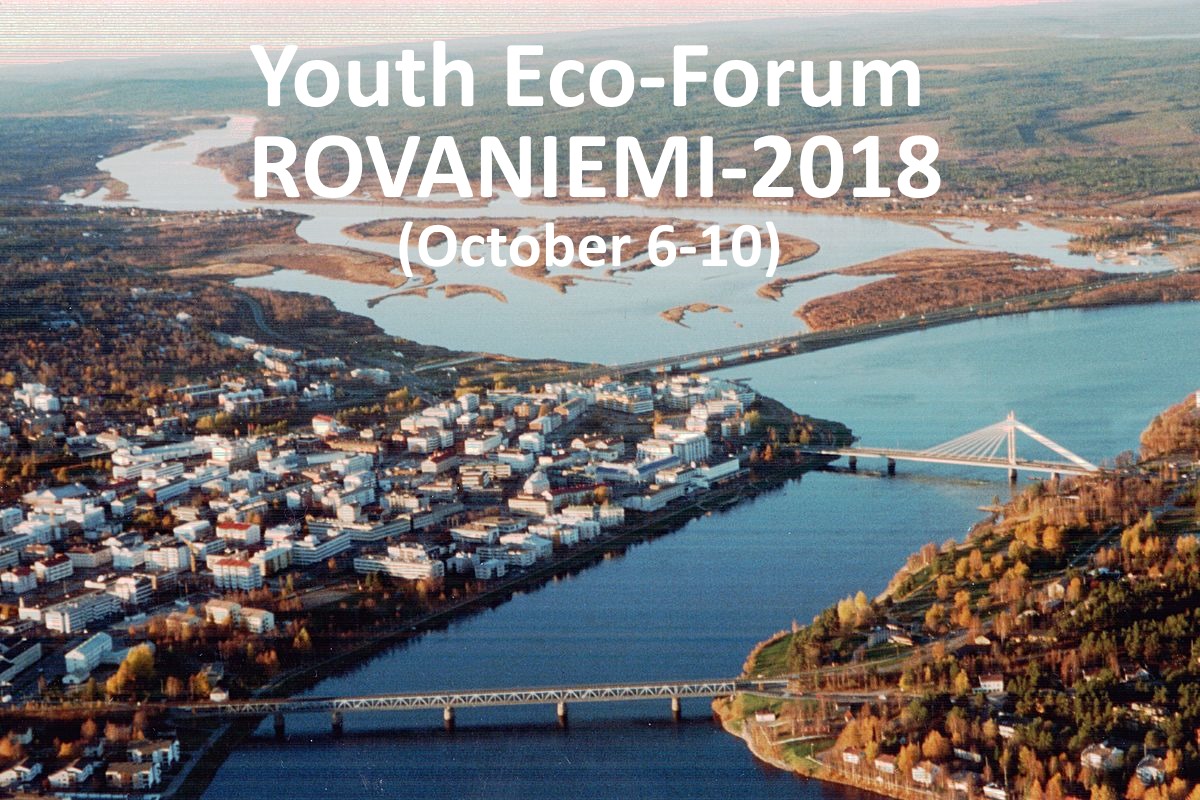 The next IX Youth Ecological Forum (YEF) "The Voice of Youth of Northern Regions for Biodiversity Conservation" will be held in Rovaniemi, from the 6th to 10th of October. Rovaniemi is the capital of Lapland situated near the Arctic Circle. The city is the gateway to Finland in the Arctic and a popular northern tourism brand associated with Santa Claus, traditional Saami reindeer herding and a careful attitude to nature.

Since 2001, the YEF has been organized on a regular basis by the international organization of the northern regions "The Northern Forum" (Executive Director Mikhail Pogodaev), on places provided by the member regions of the Northern Forum. This year the YEF is organized with the full support of the Government of the province of Lapland, represented by the Governor Mika Riipi and the University of Lapland, which took over the bulk of the preparations by providing the Forum participants with premises for the events and hotels for accommodation.

26 representatives of the youth - schoolchildren and students from Japan, Finland and Russia - are expected to participate in the Forum. The lectures for them will be delivered by experts and representatives of the Government of Lapland, other relevant ministries and departments of Finland, the Sakha Republic (Yakutia), the Khanty-Mansi Autonomous Okrug - Ugra, the Yamalo-Nenets Autonomous Region County, and Hokkaido Province.

It is worth noting that the member regions of the Northern Forum give considerable attention to the ecological problems.

Yamalo-Nenets Autonomous Okrug (Ex-Governor Dmitry Kobylkin and Governor Dmitry Artyukhov) hosted the Youth Eco-Forum for two years in a row – in 2016 and in 2017. In 2017, the main topic of the Forum was “The Arctic is our home”.

Khanty-Mansiysk Autonomous Okrug (Governor Natalia Komarova) is the organizer of the international project “Competition-exhibition of children's creativity “The Red Book through the Eyes of Children”, which is implemented in the framework of the International Ecological Action “To Save and Preserve” under the auspices of the Commission of the Russian Federation for UNESCO and the international organization of Northern regions "Northern Forum".

The elected Head of the Sakha Republic (Yakutia) (Russia) Aisen Nikolaev has devoted his first Decree to the ecological well-being of the region.

All the member regions of the Northern Forum are actively working on environmental issues, combining the experience of solving them at the international interregional level. As evidence of it, on the 8th of October, topical environmental issues of the northern regions will be discussed here, in Rovaniemi, within the framework of the Northern Forum Working Group’s meeting, preceding the opening of the Arctic Biodiversity Congress. The Working Group is chaired by the Minister of Ecology, Nature Management and Forestry of the Sakha Republic (Yakutia), Sakhamin Afanasiev.

The participants of the IEF - schoolchildren and students – are going to get acquainted with the work of the environmental organizations in Lapland, listen to the lectures of major experts and leaders of the Arctic countries, and have the opportunity to learn more about the culture and landmarks of this undoubtedly interesting region.