Yamal to expand oil mining by 2020 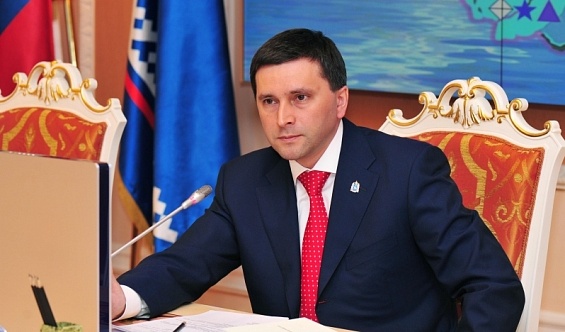 Dmitry Kobylkin, the Governor of the Yamalo-Nenets Autonomous Okrug, took part in meeting of Hardly Removable Stocks of Western Siberia – is the New Economic Horizons of Russia.

Dmitry Kobylkin indicated that involvement of hardly removable reserves of oil in large-scale industrial development is one of priority problems of development of oil and gas complex in Yamal.

According to Dmitry Kobylkin industrial development of Yamal large-scale fields such as East Messoyakhsky, West Messoyakhsky, Russkoe and Urengoysky with recoverable oil reserves about 1.5 billion tons will make the region increase its oil production by 2020 - from 21.7 to 44 million tons. He added: “Achievement of such a goal will depend on volumes of production of hardly removable stock of oil that is 79% in this region”.

Dmitry Kobylkin summed up the results: Only having consolidated efforts of subsurface users, regions and federal authorities, we can manage to develop not only a regional segment of oil production, but also fuel and energy complex of Russia in general”.