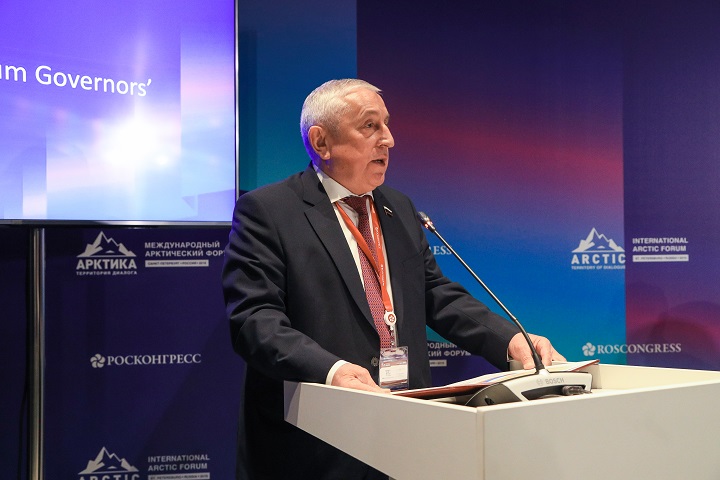 As part of the work of the Working Group on Water Resources and Floods, an agreement was reached with the Canadian company C-CORE, which provided high-quality satellite images from the floods, which rescuers could not only navigate in the fight against congestion of incoming ice; but also to predict the danger from a possible flood in general. At the moment, work on the project is in the direction of creating a large database on the movement of ice.

During 2016, the main activities were aimed at the development and implementation of educational, research and scientific and organizational projects by joint efforts of the group's participants. In educational activities, a representative of the RS (Y) in the Working Group Ph.D. Tananaev NI developed, prepared and conducted classes on thematic areas "Earth from Space" and "Field Methods of Geographical Research" in the Children's Cosmonautics Club. Yu.A. Gagarin (St. Petersburg, http://space.shumgam.com/) for schoolchildren from 9 to 13 years old. Developed materials can be used in the future to work in thematic school camps.

In the field of research projects:

- proposals were prepared and submitted for joint grants from the RFBR-regions fund on the topics "Analysis of hydrological risks in the Khanty-Mansiysk Autonomous Okrug with the use of geoinformation technologies and mathematical modeling of river flow formation processes";

- an application for a joint RFBR-KhMAO-Ugra regional grant "Analysis of hydrological risks in the Khanty-Mansiysk Autonomous Okrug with the use of geoinformation technologies and mathematical modeling of river flow formation processes" was prepared and submitted. The project assumes the study of the modern structure of hydrological risks in the territory of Khanty-Mansiysk Autonomous District, including using methods of mathematical modeling of river flow. The result of the work will be the assessment of hydrological safety within the Okrug and the development of recommendatory measures to protect the population and economic objects from the hazardous impact of river waters. The project manager from URIIT is Ph.D. Kochergin GA, from the IMZ of the SB RAS - Ph.D. Tananaev NI

- an application for a joint regional grant "Development of methods for hydroinformation support of risk management of dangerous hydrological phenomena in the basin of the river Naberezhnaya" was prepared and submitted. Lena on the basis of models of formation of a river drain and dynamics of channel flows ". The main scientific results of the project will be ready-to-use in the Republic of Sakha (Yakutia) modern methods of managing flood risks and assessing the effectiveness of hydrotechnical measures on the rivers of the river basin. Lena. Project Manager - Ph.D. Tananaev