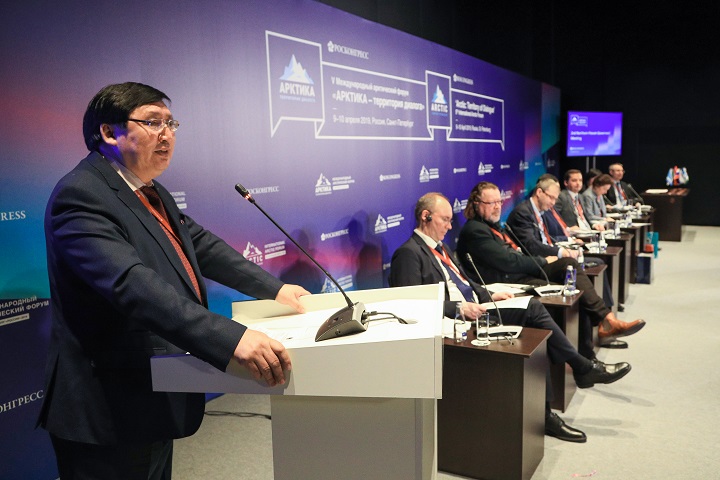 “The North and the Arctic need an absolutely different approach: they require a new method that would involve cutting-edge resource efficient technology. This is our main message, and this is where we are ready to cooperate”.

Chairman of the Council for the Arctic and Antarctic at the Council of Federation of the Federal Assembly of the Russian Federation; Deputy Chair, Federation Council Committee on Federal Structure, Regional Policy, Local Government, and Affairs of the North

Providing services in the sphere of fundamental and applied scientific research of the culture and art of the peoples of the Arctic, implementing creative and educational projects and popularizing the cultural heritage of the peoples inhabiting the Arctic region.

Formation of a specialized electronic resource center for the culture and art of the peoples of the Arctic, which includes an Arctic audiovisual library, a library, an electronic library and a virtual museum.

Conducting scientific research in the field of culture and art of the peoples of the Arctic by international groups of scientists with the joint organization of expeditionary research work, seminars (conferences), and publication of research results in rating editions.

Formation of the Center as a kind of "point" of entering the world of Arctic culture through mobile educational projects - open public lectures, discussions, master classes available for all age, social and professional groups.

Support and development of innovative forms of art and culture created on the basis of the traditional culture of the Arctic peoples (performances, films, exhibitions, installations, concerts, etc.)

Production and production of scientific and educational multimedia and audiovisual projects on the culture of the Arctic and their promotion in the television and cinema space of Russia and the world.

The interaction and cooperation of the Center in the field of science, culture and education with all interstate and public organizations, whose mission is connected with solving problems in the Arctic,

Support cultural initiatives in business projects related to the presentation of cultural heritage.

For today, the center's project is the publication of the popular science magazine "Culture and Art of the Arctic".

The publication is realized in the form of two interconnected blocks - the traditional scientific journal (academic core), which publishes scientific and critical articles, reviews, reviews and translations; and a scientific and journalistic section containing topical analytical materials of a broad, popular journalistic orientation. An important part of the project is to establish and maintain a permanent dialogue, discussion and exchange of information throughout the Arctic.

To date, 2 issues have been issued in paper format in two languages (Russian and English), as well as electronic versions of the publication on the Internet.

Publication of a new issue of the magazine "Arts and Culture of the Arctic", participation in grants competitions.